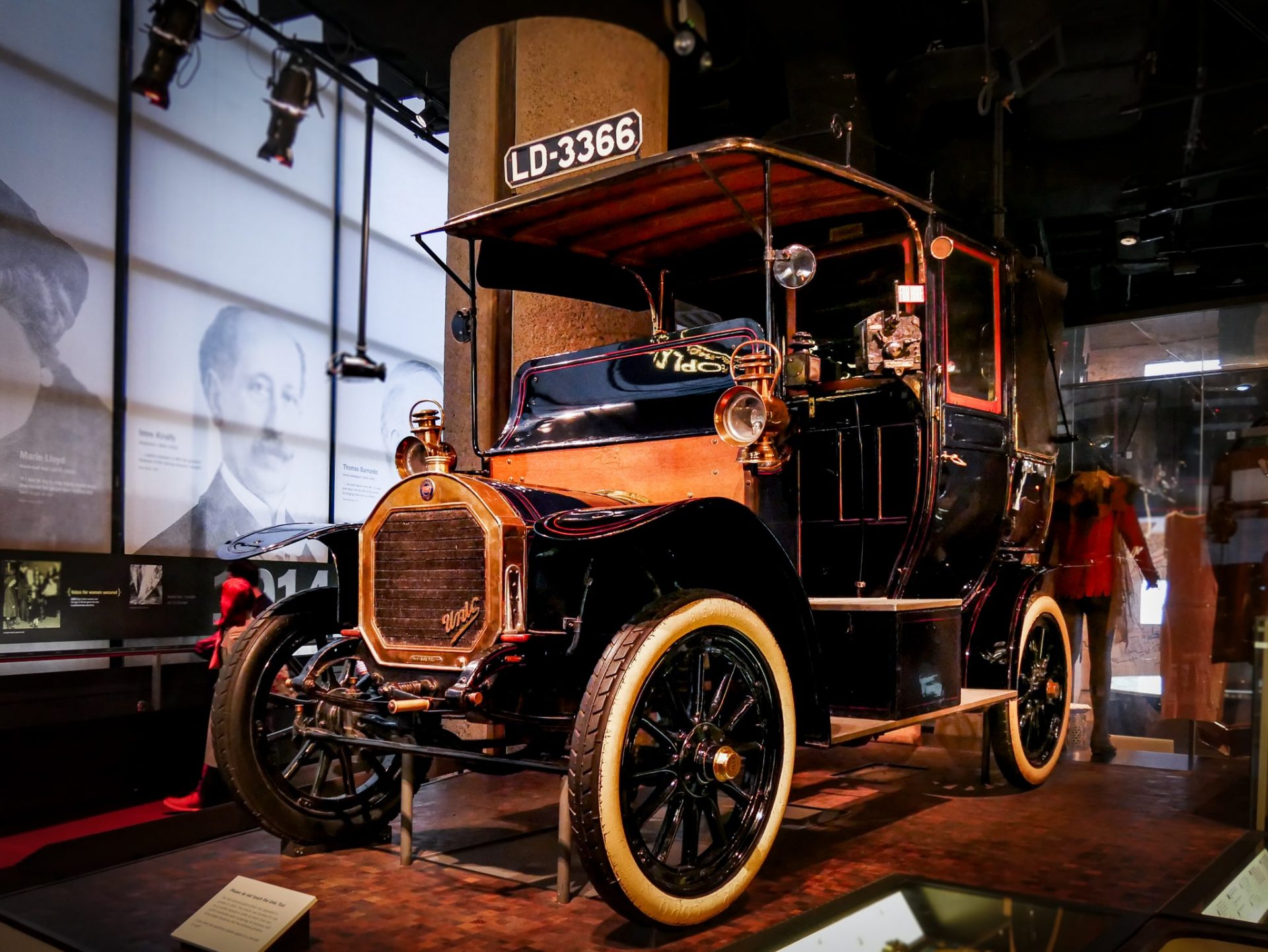 The Museum of London

Attention, history buffs! The Museum of London is a staple for anyone interested in knowing more about the long history of the English capital!

The Museum of London in a nutshell

Founded in 1976, the Museum of London traces the long history of the English capital, from prehistoric to modern times.

Located in one of the oldest parts of the city — hard to believe as there are few traces left of this distant past in the now very modern City — the museum overlooks the remains of the Roman city wall built in 200 AD.

The Museum of London is also home to the largest collection of urban history in the world: in total, 6 million objects and historical relics of all kinds!

Visiting the Museum of London

The visit of the Museum of London follows a chronological route taking visitors through the city’s history from prehistorical times to present day London. The museum is divided into different galleries, each dedicated to a significant period in London’s history:

Each of the galleries exhibits historical relics and artifacts illustrating the history of the city. The museum also relies on fun games and reconstructions to allow young and old visitors to soak up the atmosphere of each of the great periods of London’s history.

Want to know more about each of the different galleries? You’ll find a map of the museum here .

Getting to the Museum of London

In the heart of the City, the Museum of London is located halfway between St. Paul’s Cathedral and the Barbican Centre.

The closest public transport stations and stops are:

Hop-on hop-off buses also stop near the Museum of London.

💡 For information 💡
The Museum of London will be moving in 2024! The museum’s collections will be transferred to the General Market Building in Smithfield, once the development work has been completed. Stay tuned …

Opening hours of the Museum of London

Good news: access to the Museum of London is free for all visitors!