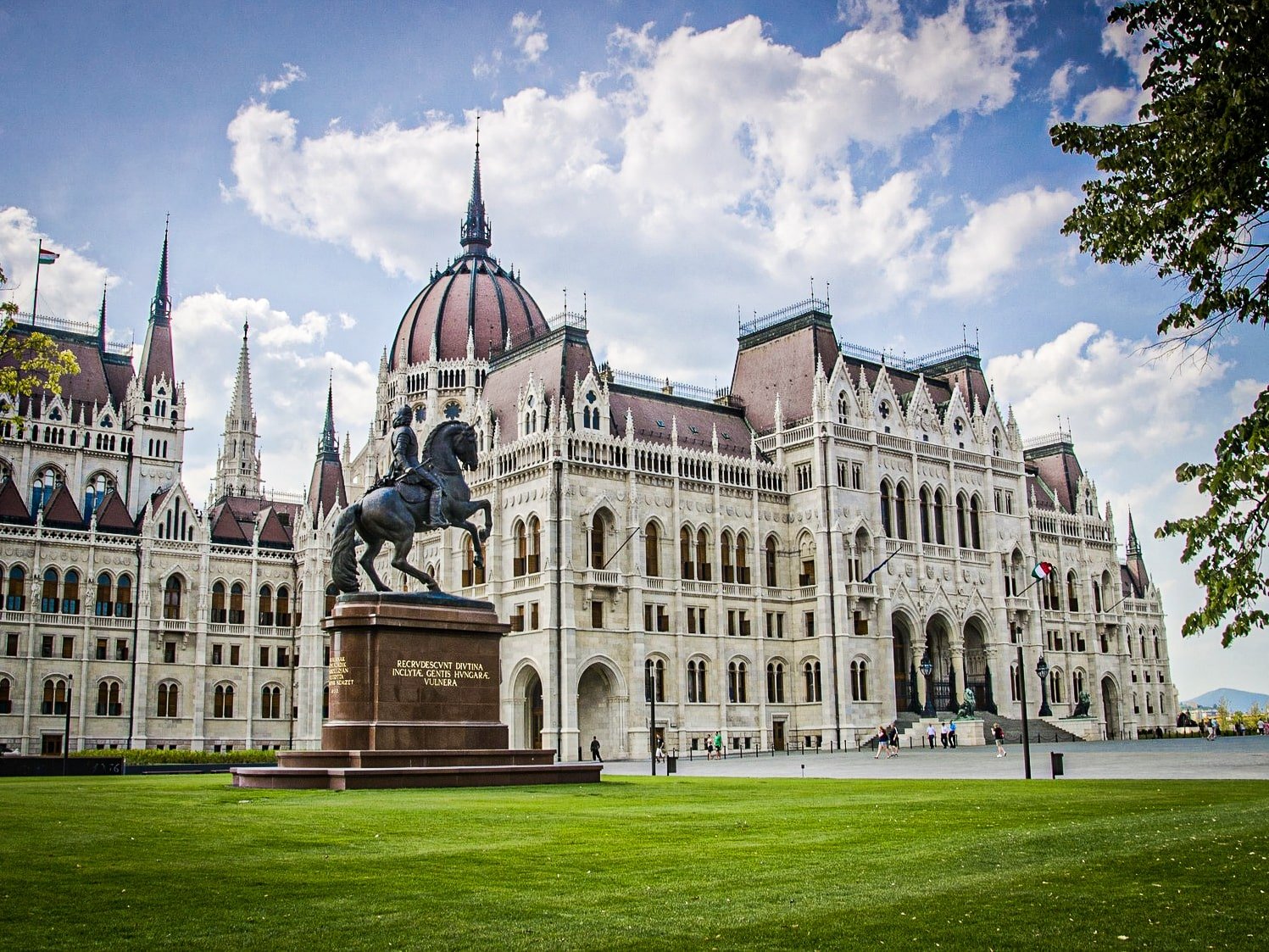 The Parliament of Budapest

Nestled on the right bank of the Danube, in the district of Lipótváros, the Parliament of Budapest is undoubtedly one of the top tourist attractions in the city.

Follow Captain Ulysses on a tour of this iconic monument overlooking the River Danube! Welcome on board!

The city of Budapest was founded in 1873. after the unification of three different cities: Buda, Pest, and Óbuda.

In 1880, the National Assembly of Hungary approved the construction of a brand new building which was to embody the new capital’s power and sovereignty. An international competition was organised to select the architect to whom the realization of the plans for the Parliament would be entrusted. Imre Steindl won with a project largely inspired by the Palace of Westminster in London.

⌛ Little historical reminder ⌛
Hungary did not declare independence until 1918, and was previously ruled by the Austro-Hungarian Empire.

Construction began in 1885 and the building was inaugurated on the 1,000th anniversary of Hungary in 1896, although construction works actually ended 8 years later.

The Parliament’s architect went blind and passed away in 1902, before completion of the construction.

Ready to be amazed? Here are some mind-blowing figures about the Parliament of Budapest:

In a word: extravagant!

Visiting the Hungarian Parliament in Budapest

If you want to visit the Parliament of Budapest, the only option is a guided tour. The Parliament – understandably – does not allow visitors to roam the building on their own.

The visit lasts approximately 45 minutes during which the tour guide will provide detailed information about the building’s history and architecture. Visits in English start at 10 am, 12 pm, 12.30 pm, 1.30 pm, 2.30pm and 3.30pm. As the Parliament of Budapest is one of the top tourist attractions in the city, Captain Ulysses highly recommends booking your tour in advance, either on site or online.

Facade of the Hungarian Parliament

Before entering the Parliament, take a moment to peer at its impressive facade.

Built in a decidedly neo-Gothic style, the Parliament of Budapest is definitely quite similar to the Palace of Westminster in London. Unlike the latter, however, it features a 96-meter-high dome. The building is flanked by several towers, which are also in a neo-Gothic style.

The interior of the Hungarian Parliament

Inside the Parliament, the decoration is collection of luxurious ornaments: gilding, tapestries, sculptures, stained glass …

👉 The living room of the former chamber of deputies and the sitting room of the upper house : now open to visitors and converted into a meeting room, this large semi-circular room housed parliamentary sittings until 1945. In 1945, the Hungarian parliamentary system, which was until then bicameral (2 chambers: 1 upper chamber + a lower chamber) becomed unicameral (a single chamber).

🤓 For your information 🤓
You may notice strange objects in the sitting room of the upper room: these are numbered cigar rests. As the Chamber of Deputies was non-smoking, parliamentarians had to put down their cigars before entering the room!

Admiring the view from the Danube

As you can imagine, as an accomplished sailor, Captain Ulysse is always up for a cruise! ⛵

The view on the Hungarian Parliament from the River Danube is particularly stunning, especially at nightfall! That’s why Captain Ulysses strongly recommends that you embark on a cruise on the Danube: a must-do in Budapest!

👉 If you’re running on a tight budget, the Captain recommends this 1 hour cruise with cocktail . If you have a few Hungarian forints to spare, why not try a dinner cruise on the Danube with concert? If you’re want to discover Budapest’s buzzing nightlife, then you should definitely opt for a festive cruise.

Getting to the Hungarian Parliament

The Parliament of Budapest is located in the district of Lipótváros, on the right bank of the Danube.

The nearest public transport stops are:

Hop-on hop-off sightseeing bus tours also stop at the Parliament of Budapest. They’re quite a practical practical option when it comes to getting around the city.

Opening hours of the Parliament of Budapest

The Hungarian Parliament is closed during plenary sittings and on certain public holidays (January 1st, March 5th, Easter Sunday and Monday, May 1st, August 20th, October 23rd, November 1st and from the 24th to the 26th December).

⚠️ Watch out for fake tickets ⚠️
Be careful! Fake tickets for the Hungarian Parliament are on sale on the internet. To avoid scams, be sure to buy your ticket on this official site.

🚌Transport in Budapest: Budapest’s public transport system is well-developped and quite easy to navigate: metro, bus, tram and even ferry. If you wish, you can also opt for a hop-on hop-off bus tour which stops at all the top tourist attractions in Budapest (audio guide included). Otherwise, there’s always the good old local ways of getting around the city: in a russian jeep or a Trabant.

✈️ Flights: Captain Ulysses highly recommends booking your flights on Skyscanner. You’ll be able to compare countless offers to find the best deal. If your dates are flexible, you can also compare prices over several months to find the cheapest flights possible.