The Mani Peninsula in the Peloponnese

With its landscapes reminiscent of Ireland and Scotland, its deserted villages and its Byzantine churches, the Mani Peninsula, in Greece, is quite simply spectacular!

The Mani Peninsula in a few words

Separated from the rest of the Peloponnese by the Taygetos Mountains, Mani is an arid and austere land with a steep and rugged relief, once known for its warlike clans, its vendettas and its free spirit! The peninsula seems a world away from the small white houses of Santorini and the crowded beaches of Mykonos!

Few tourists venture into Mani! However, the peninsula is the perfect stopover for visitors nature lovers and visitors eager to step off of the beaten paths.

With its picture-postcard landscapes, its medieval villages and its deserted beaches, the Mani Peninsula is one of Captain Ulysses’ favourites in the Peloponnese!

Getting around the Mani Peninsula

Let’s say it right away, you can forget about public transportation: unfortunately, it’s quite simply impossible to explore the Mani Peninsula without a car!

A small picturesque road goes around the peninsula along the coast. A word of advice: put away your watch and your GPS and take the time to explore freely Mani and its spectacular landscapes.

🚘 Visiting the Peloponnese by car 🚘
If you’re planning on exploring the Peloponnese on your own, Captain Ulysses strongly recommends renting a car: it is by far the most practical way to get around the peninsula. Not to mention that car rental in Greece is on the whole very cheap!
To find THE best deal, the Captain recommends Rentalcars, which compares offers from a host of rental services.
One last piece of advice: the Peloponnese is crisscrossed with small mountainous roads, so you should definitely opt for a fuel-efficient car, even if it is a little more expensive to rent!

If you stop in Kalamata, you can also opt for a private day trip to the Mani Peninsula including pick up from your hotel in Kalamata, transportation and the services of a guide. Find out more here.

Visiting the Mani Peninsula in Greece

The most beautiful villages of Mani

The Mani Peninsula is dotted with medieval villages whose beautiful house-towers with their austere stone facades are more reminiscent of Ireland or Scotland than the Mediterranean!

The peninsula is quite depopulated, so you’ll see many abandoned houses along the road. The ruins that dot the landscape add to the mystical and mysterious atmosphere of the peninsula.

Among the villages of Mani, some are particularly worth a visit. During your exploration of the peninsula, do not miss:

The most beautiful beaches of the Mani Peninsula

If Mani is not a beach and cocktails type of destination, you’ll still find some very nice beaches where you’ll be able to time to get your toes wet in the Mediterranean.

Among these, the Captain recommends :

The region of Magne is also known for its numerous – more or less well preserved – Byzantine churches.

Among them, the most famous is undoubtedly the church of the Taxiarchs (also spelled Taxiarches), built in the 18th century, during the Ottoman occupation. Located in Areopoli, the church is famous for its remarkable six-story bell tower.

The caves of Diros

Attention, caving enthusiasts: the Mani concentrates some of the most beautiful caves in Greece. Grab your headlamps!

Located on the west coast of Mani, south of Areopoli, the Caves of Diros are comprised of 3 caves (named Glyfada, Alepotrypa and Katafygi), with a total length of 14 km / 9 miles.

The visit to the caves of Diros begins by boat and ends with a small section that can be explored on foot.

Cape Matapan (aka Cape Tainaron) and its lighthouse

Cape Matapan marks the boundary between the Ionian Sea to the west and the Aegean Sea to the east (both of which are part of the Mediterranean Sea). In mythology, Cape Matapan was also a gateway to the Underworld, realm of the god Hades.

A few steps from the cape, don’t miss the ruins of a very ancient temple dedicated to Poseidon.

Gythio, at the gates of the Mani Peninsula

If Gythio is the main city of the region of Mani, it is far from the austerity which makes characterizes the rest of the peninsula.

But the city is the perfect stopover for a gentle return to “civilization”, with its pretty waterfront lined with welcoming and colorful terraces, which contrast with the aridity and the bareness of the small villages of Mani. Don’t miss the pretty lighthouse, nestled at the end of the peninsula.

⚓ Attention, sailors! ⚓
You’ll find detailed advice and recommendations about the top landmarks in Peloponnese in the Captain’s article: What to see and what to do in Peloponnese?

Click here to access a selection of quality accommodations. If your budget allows it, Captain Ulysses particularly recommends the Tainaron Blue Retreat: a real little corner of paradise with a view of the Mediterranean!

Getting to the Mani Peninsula

There is but one way to get to the Mani Peninsula: the car.

The peninsula is located in the southernmost part of mainland Greece, 3h45 from Athens, 2h50 from Nafplion, 2h from Monemvasia, 1h50 from Kalamata and 1h20 from Mystras.

How long does it take to visit Mani?

Allow at least one full day to drive around Mani’s main points of interest.

The region is also ideal if you’re looking to disconnect and relax for a few days off the beaten track.

Looking for tips and recommendations? Here are all of Captain Ulysses’ suggestions in the Peloponnese!

🛏️ Accommodation: to book your accommodations in the Peloponnese, Captain Ulysses highly recommends Booking.com. From youth hostel to luxury boutique hotel: everything is there!

🚌 Local transportation: to get around the Peloponnese, Captain Ulysses can only recommend renting a car. He also advises you to use the Rentalcars platform, which compares offers from a host of brands, including Hertz, Avis, Europcar and trusted local agencies.
If you prefer to avoid driving, the websites GetYourGuide and Civitatis offer a selection of excursions in the Peloponnese.

📍Circuits: if you prefer to entrust the organization of your trip to a travel agency, Captain Ulysses recommends you very warmly Evaneos. This French agency works in collaboration with local agencies to orchestrate customized and personalized stays.

✈️ F lights: to book your flights to Greece, Captain Ulysses warmly recommends the Skyscanner comparator. You’ll be able to compare countless offers to find the best deal. If your dates are flexible, you can also compare prices over several months to find the cheapest flights possible.

👉 Book your tours and activities in advance! 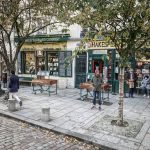 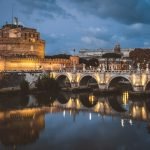 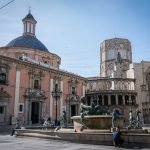