Among many other things, the museum exhibits Egyptian mummies and paintings by great masters! In short, a visit not to be missed!

The origins of Budapest’s Museum of Fine Arts

In 1896, Hungary celebrated the millennary anniversary of the Hungarian state. As part of the festivities, the country launched major construction projects, including Budapest’s Museum of Fine Arts (in Hungarian, Szépművészeti Múzeum) as well as the Széchenyi Chain Bridge .

The construction of the museum was entrusted to architects Albert Schickedanz and Fülöp Herzog and started in 1900. Budapest’s Museum of Fine Arts was inaugurated 6 years later on December 1st 1906, by Franz Joseph I st, Emperor of Austria and King of Hungary.

During World War II, the museum suffered extensive damage and a large part of its collections were evacuated to Western Europe. Upon their arrival in Budapest, the Soviets confiscated the majority of the remaining pieces to send them to Russia.

At the end of the 1940s, the Museum of Fine Arts was entirely restored and art pieces that had remained safe in Western Europe during the war were returned to the museum.

Over the years, the collections grew, so much so that in 1957, the museum was lacking space. The Hungarian National Gallery was thus created to exhibit the works of Hungarian artists, while the Museum of Fine Arts was henceforward dedicated to international collections.

Between 2015 and 2018, the museum, which was starting to age, underwent major renovations. In the 2010s, the Hungarian government decided to reorganize the Hungarian National Gallery and the Museum of Fine Arts in Budapest. The building currently housing the Museum of Fine Arts will exhibit the collections dating up to the 19th century while a new building, located in the future museum district of Budapest, will house the collections of the 20 th and 21 th centuries.

The architecture of Budapest’s Museum of Fine Arts

Built between 1900 and 1906, Budapest’s Museum of Fine Arts is worth a visit both for its architecture and for its collections. The building blends neo-renaissance and neoclassical influences. At first glance, the museum looks just like a Greek temple, with a portico supported by 8 Corinthian columns.

The interior of the newly renovated museum is also quite impressive, especially the imposing Romanesque hall.

The collections of Budapest’s Museum of Fine Arts

The collections of the Museum of Fine Arts are divided into 6 sections:

Don’t miss the Egyptian mummies: impressive to say the least!

The museum also exhibits the works of great masters from all over Europe:

Getting to Budapest’s Museum of Fine Arts

To get to Budapest’s Museum of Fine Arts, head to Hősök tere/Heroes’ Square, a stone’s throw from Városliget Park and the Széchenyi Thermal Bath.

Hop-on hop-off sightseeing buses also stop near the Budapest Fine Arts Museum. They’re quite handy to navigate freely between the main sites and monuments in Budapest.

The Museum of Fine Arts is open Tuesday through Sunday, from 10 a.m. to 6 p.m. It is however closed on Mondays.

Admission to Budapest’s Museum of Fine Arts is:

Admission is exceptionally free on March 15, August 20 and October 23.

💡 Good to know 💡 : the Budapest Card grants visitor a 10% reduction on the admission ticket to the Museum of Fine Arts. The Budapest Card also includes unlimited public transport and free entry to a number of museums and monuments in the capital, including the Lukács Baths. 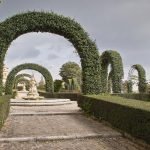 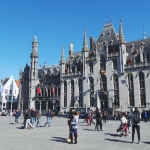 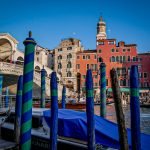