The Castle of Guimarães

Perched on a rocky promontory a few steps from the city center, the Castle of Guimarães (Castelo de Guimarães in Portuguese) is a must-see for any visitor exploring Northern Portugal.

A short history of the Castle of Guimarães

The history of the Castle of Guimarães begins in the 2nd half of the 10th century. The Countess Mumadona Diaz acquired lands located on the present site of Guimarães, on which she hastened to order the construction of a monastery. But the region was prey to incessant murderous invasions by Vikings from the North and Moors from the South. The countess therefore built a fortress in which the monks could take refuge in case of enemy incursions: the Castle of Guimarães.

A century later, at the end of the 11th century, Count Henry of Burgundy received from his father-in-law, the King of Castile, the county of Portucale (the ancestor of Portugal) and made the Castle of Guimarães his residence. The castle was then reorganized and enlarged.

The son of Count Henry of Burgundy, Afonso Henriques, who was born in the Castle of Guimarães, became the first king of Portugal in 1139 after rising up against the kingdom of Castile to obtain the independence of his county. He reigned over the country for more than 46 years under the title of Alfonso Ist and made the Castle of Guimarães his royal residence, hence its nickname: the “Cradle of Portugal”.

After the 14th century, the Castle of Guimarães declined and was ultimately forgotten.

In 1910, the Castle of Guimarães was declared a national monument, and underwent several renovations during the 20th century.

Visiting the Castle of Guimarães

Perched on a rocky promontory, the Castle of Guimarães blends Romanesque and Gothic influences, a sign of its long history.

The castle is a vast fortress surrounded by crenellated ramparts with seven square towers. In the heart of the fortress, the keep hovers 28 meters / 90 feet above ground. From the top, you’ll have a beautiful view of the surroundings, including the Palace of the Dukes of Bragança.

Inside, visitors have relatively little to look at, except for a small exhibition on the history of the fortress. Still, the visit is impressive because the Castle of Guimarães is well preserved.

The Castle of Guimarães is located a few minutes walk from the city center and a stone’s throw from the Palace of the Dukes of Bragança. It is open every day from 10am to 6pm (ticket office closes at 5:30pm).

The entrance ticket is 2 €, but you can also opt for combined tickets:

🛏️ Accommodation: to book your accommodation in Guimarães, Captain Ulysses warmly recommends Booking.com. From youth hostels to luxury boutique hotels: there’s plenty to choose from. If you are looking for a hostel, the Captain suggests GuimaraesLiving – Hostel & Adventure. If you are looking for an affordable hotel, he recommends Hotel Mestre de Avis. As for mid-range hotels, the Captain recommends Hotel Toural.
If you can afford it, he suggests Hotel da Oliveira or Casa do Juncal.

🎟️ Activities: to book your tickets, tourist activities and excursions in Guimarães (and in Portugal), Captain Ulysses highly recommends the booking platforms GetYourGuide and Civitatis.

📍 Getting to Guimarães: to get to Guimarães, several options:
– the car (if you plan to rent a car in Portugal, Captain Ulysses can only recommend Rentalcars, on which you’ll be able to compare the offers of countless rental companies including Avis, Budget, Europcar, Sixt…)
– train or bus (several trips per day from Porto or Braga)
– day tours (Captain Ulysses recommends this excursion to Braga and Guimarães from Porto)

🚌 Local transportation: Guimarães is a small city that is very easy to explore on foot. That said, if you can’t/won’t walk, you can also opt for the hop-on hop-off tourist bus tour.

✈️ Flights and trains: the closest airport to Guimarães is Porto. To book your flights, Captain Ulysses highly recommends Skyscanner. You’ll be able to compare countless offers to find the best deal. If your dates are flexible, you can also compare prices over several months to find the cheapest flights possible. 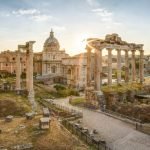 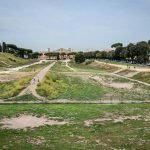