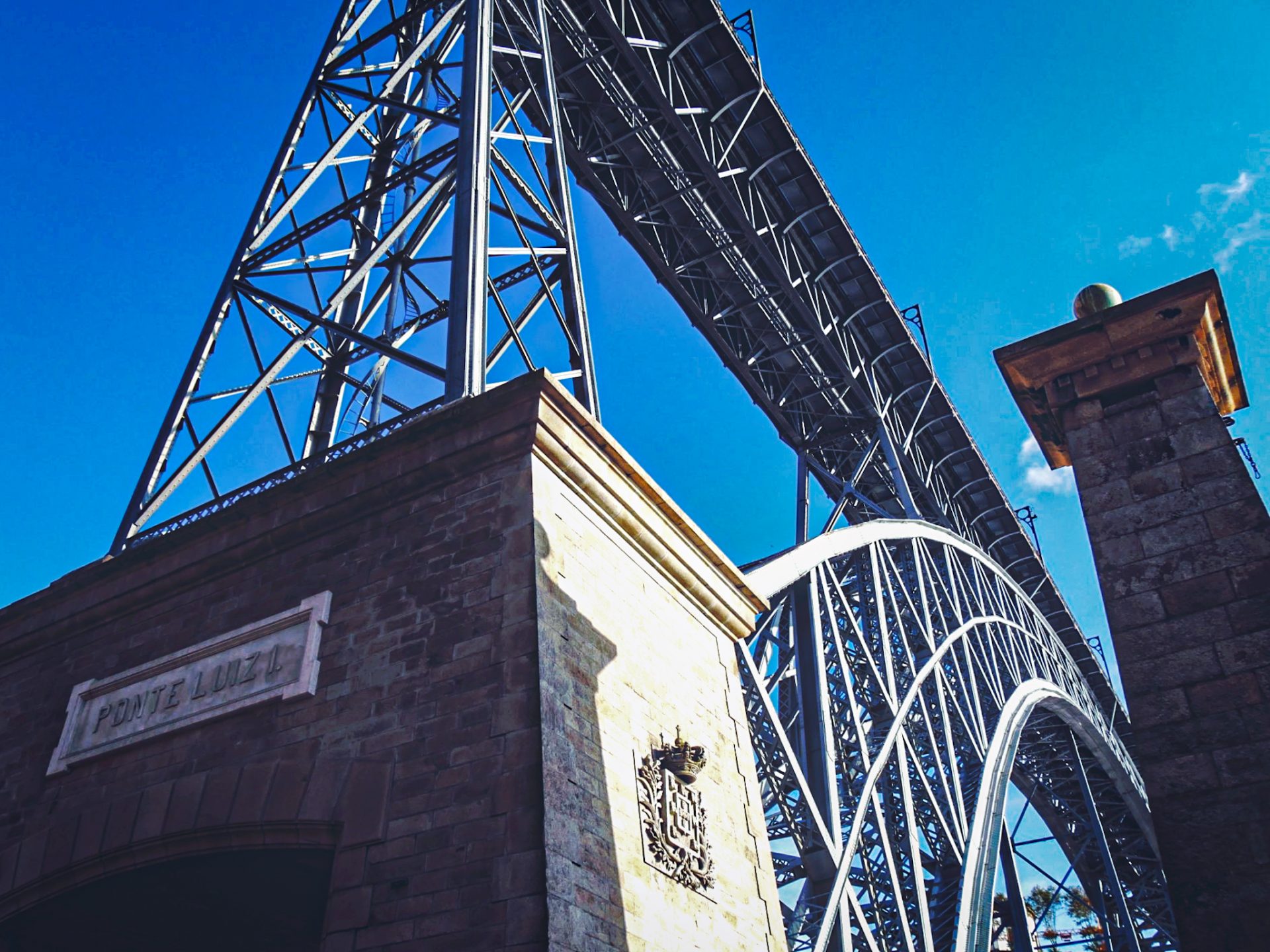 The Dom Luís I Bridge in Porto

Listed as a UNESCO World Heritage Site, the Dom Luís I Bridge (Luís I Bridge) spans the Douro River between Porto and Vila Nova de Gaia! Follow the guide!

Brief history of the Dom Luís I Bridge

The “Bridge of the Boats”

Before the Dom Luís I Bridge was built, another bridge spanned the Douro between the historic district of Ribeira, in Porto, and the municipality of Vila Nova de Gaia.

Built in 1806, this first version of the bridge, nicknamed “Bridge of the Boats”, consisted of 20 boats linked together, and which could be separated to make way for boats sailing on the Douro River (just like one of the earlier versions of the Rialto Bridge in Venice).

The Bridge of Boats was unfortunately the scene of a tragedy in 1809 that would be forever remembered in Porto: over 4000 people indeed lost their lives trying to escape the French troops led by Marshal Soult during the second Napoleonic invasion of Portugal.

Rebuilt after the tragedy, the bridge was later replaced by the Dona Maria II Bridge, a suspension bridge built in 1843, and then again by the Dom Luís I Bridge, which still stands today.

Construction of the Dom Luís I Bridge

Built between 1881 and 1886, the Dom Luís I Bridge was designed by a Belgian engineer, Théophile Seyrig.

A disciple of Gustave Eiffel, Théophile Seyrig had also participated in the design of the Maria Pia Bridge (a railway bridge located upstream from the Dom Luis Bridge) in 1876-1877 alongside his mentor.

The Dom Luís I Bridge was inaugurated in 1886 by King Luís I. of Portugal, after whom the bridge was named.

Visiting the Dom Luís I Bridge

The architecture of the Dom Luís I Bridge

How not to be impressed by the metallic silhouette of the Dom Luís I Bridge? It is indisputably the most impressive bridge in Porto. 395 meters long and 8 meters wide, it is over 45 meters high and weighs nearly 3045 tons!

Its arch, characteristic of Gustave Eiffel’s style, is one of the largest steel arches in the world.

Crossing the Luis I Bridge on foot

Both levels of the Dom Luís I Bridge are accessible to pedestrians. Captain Ulysses therefore recommends walking on one on the way to Vila Nova de Gaia and the other on the way back.

The upper level , perched some forty meters above the Douro, offers an absolutely breathtaking view of Porto and Vila Nova de Gaia (it might not be for you if you’re afraid of heights). The panorama is particularly enchanting at sunset. On the side of Vila Nova de Gaia, the Bridge is dominated by the immaculate silhouette of the Monastery of Serra do Pilar. At the foot of the monastery, you will come out on an esplanade where Portuguese and visitors alike enjoy sipping a beer while admiring the view of Porto.

The lower level is accessible from the Ribeira district, from where the view of the bridge is also quite stunning. On sunny days,you might see teenagers diving into the Douro from the Dom Luís I Bridge (but Captain Ulysses strongly advises you not to do the same, accidents are frequent!)

If you enjoy historical anecdotes and want to learn more about the bridge, you can opt for a guided tour of the center of Porto:

Porto is synonymous with Douro, and it’d be a shame to leave the “City of Bridges” without embarking on a Douro river cruise.

To enjoy the view o the Luis I Bridge from the Douro, Captain Ulysses suggests the “6 Bridges Cruise”. While you can buy tickets on the banks of the Douro, the Captain recommends booking your cruise online, especially during high season and school holidays.

If you’re feeling adventurous, you can also opt for a cruise onboard a sailboat … or a jetboard!

The Luis I Bridge spans the Douro between the historic district of Ribeira in Porto, and the municipality of Vila Nova de Gaia, where you’ll find the vast majority of Port wine cellars.

⚓
Looking for tips to plan your vacation in Porto? You might find these articles of interest:
👉 A Guide to Porto: the best things to do
👉 Day-tours around Porto
👉 Visiting Porto with children
👉 Where to eat in Porto? The Captain’s restaurant recommendations
You can also find all of the Captain’s articles on Porto’s must-see sites and monuments here.