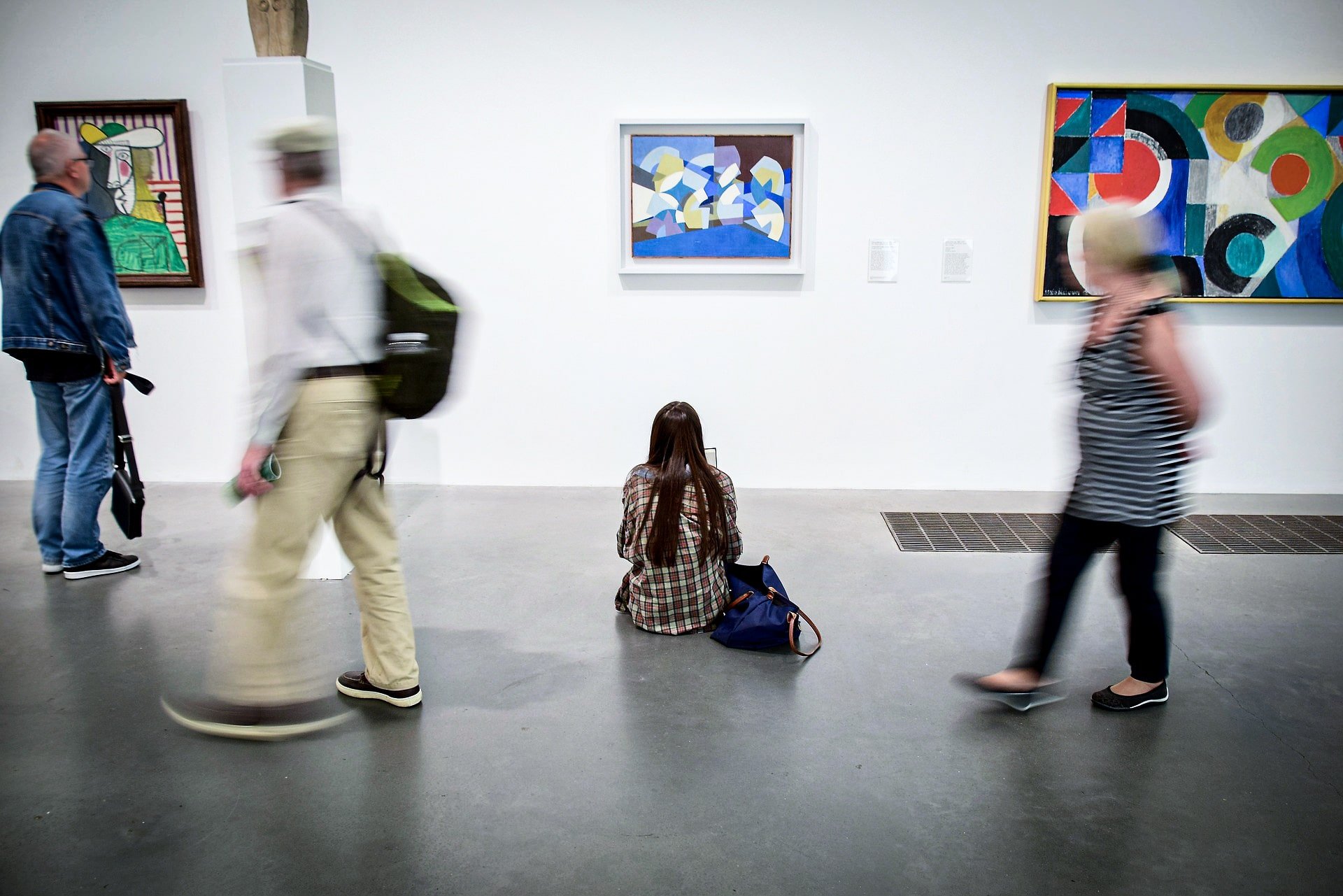 The Tate Modern in London

Attention, all art lovers! A stone’s throw from the Globe Theatre and the Millennium Bridge, in the district of Southwark, Tate Modern is the most visited modern art museum in the world. Undoubtedly a must-see! 😍

Tate Modern in a few words

On the south bank of the Thames, in the heart of Southwark, Tate Modern is a must-see for any visitor staying in London.

The numbers don’t lie! Visitors are more numerous with each passing year, so much so that Tate Modern is now the most visited museum of modern art in the world!

The recipe for Tate Modern’s success? Impressive collections (over 70,000 works of art!), incomparable temporary exhibitions and an absolutely spectacular setting!

Head south of the Thames! Opened in 2000, Tate Modern is housed in the former Bankside Power Station, built in the 1940s.

The Swiss architectural firm Herzog & de Meuron worked on the spectacular transformation of the power station into a museum. This first building was later named The Boiler House.

A 22,500 m2 extension – also designed by the Swiss architects – opened its doors in 2016. This second building is called Switch House.

🤓 Audioguides & guided tours 🤓
If you don’t want to miss anything, Captain Ulysses warmly advises you:
– to opt for an audioguide: on sale on site / included in the London Pass
– to embark on a free guided tour: more information here.

👉 The Boiler House: the Boiler House is the original building of the Tate Modern. Housed in an old disused power plant, it houses works of art ranging from the 1900s to the present day.

👉 The Switch House: adjoining the Boiler House, the Switch House is the museum’s extension opened in 2016. This 10-story high tower (65 meters) built over the old oil tanks displays works from the 1960s to the present day.

👉 The Turbine Hall: bridging the gap between the Boiler House and the Switch House, the Turbine Hall corresponds to the former engine room of the power plant. This huge space covers a surface area of 3,400 m2. Monumental works of art are sometimes exhibited in this space.

👉 The Tanks: these former fuel oil tanks have been transformed into rooms dedicated to live art performances, dance and experimental cinema.

Unlike most museums, Tate Modern’s collections are organized thematically, not chronologically. You will find 8 spaces dedicated to different themes:

Find out more about the current exhibitions here.

Getting to Tate Modern

The nearest public transport is :

Hop-on hop-off sightseeing buses also stop in the vicinity and are a great way to get around London’s major sites and monuments.

The last entry is one hour before closing time. The museum is exceptionally closed from December 24 to 26.

Good news! Admission is free! You will however have to buy a ticket in order to access the temporary exhibitions (prices vary according to the exhibition).

An audioguide is available in several languages.

💵🤩👍 London Pass & London Explorer Pass 👍🤩💵
If you’re planning on spending a few days in the English capital, you might want to consider investing in a city card: the London Pass or the London Explorer Pass. Captain Ulysses has a soft spot for the former, which gives access to 80 attractions, including many of London’s most iconic museums and monuments (the Tower of London, The Shard, Westminster Abbey, Kensington Palace, Tower Bridge, Churchill War Rooms, Thames River Cruise…).