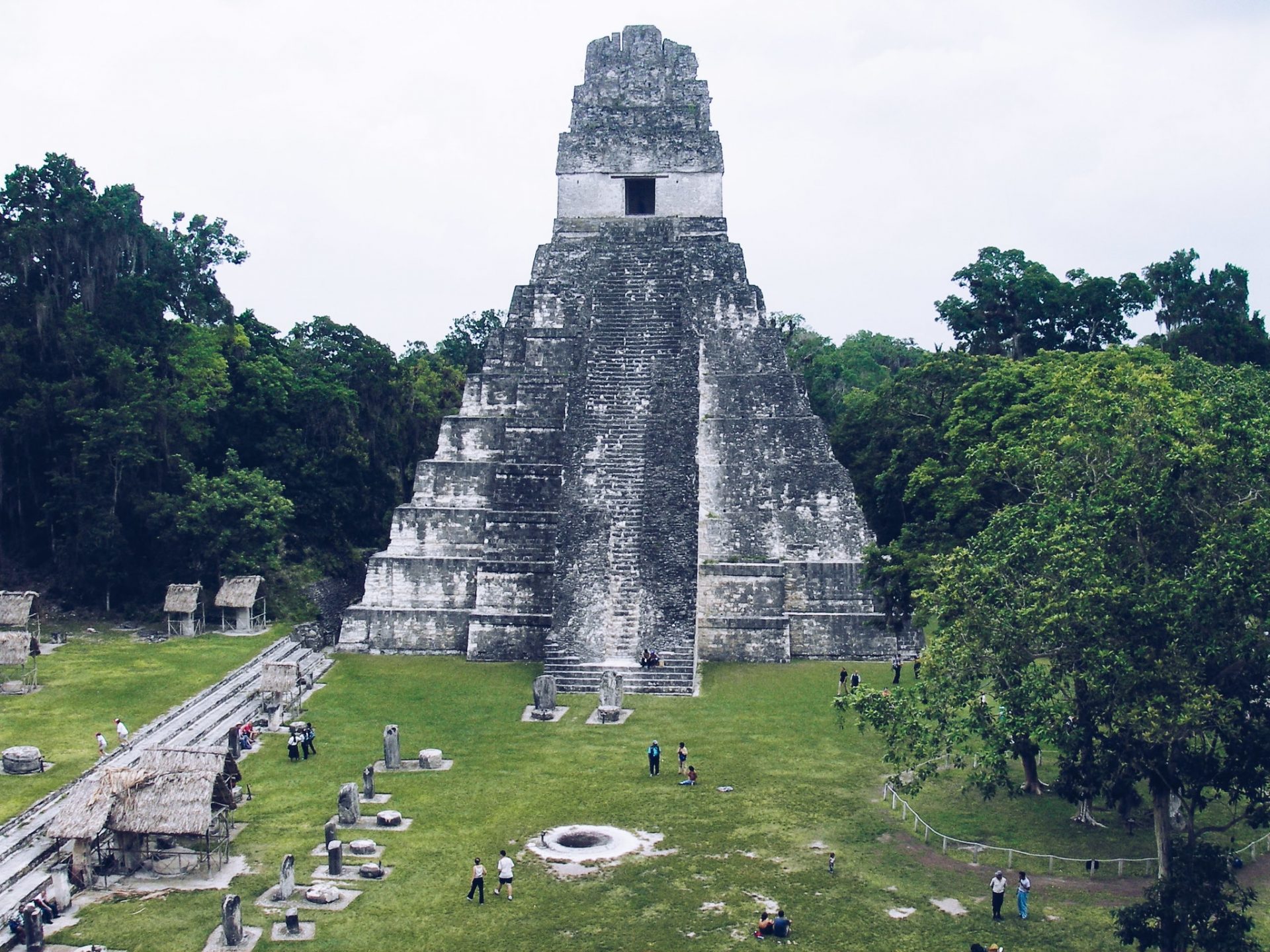 The archaeological site of Tikal in Guatemala

Lost in the Guatemalan jungle, Tikal is an incredibly well-preserved ancient city listed as a Unesco World Heritage Site: one of the most emblematic archeological sites in Latin America! Follow the guide

⚓
Accommodation, flights, activities, excursions …
You’ll find all the Captain’s suggestions
at the end of the article!

Where is Tikal located?

The pre-Columbian archaeological site of Tikal is nestled in the middle of the tropical forest, in the region of Pétèn, in the far north of Guatemala. The ruins of Tikal are located some 65 kilometers from Flores, the region’s capital, on the shores of Lake Petén Itzá. The vast majority of visitors decide to stay in Flores and visit Tikal from the capital, but some tourist also choose to stay closer to the archeological site, in the town of El Remate, located 15 kilometers from Tikal.

Tikal National Park, where the archaeological site is located, is a 570 km2 protected forest area. The park itself is part of the Maya Biosphere Reserve which extends over Guatemala, Mexico and Belize.

Brief history of the archaeological site of Tikal

While the oldest remnants found in Tikal date from the 4th century BC, specialists estimate that people settled in Tikal as early as 800 BC. But the city truly reached its zenith between the 3rd and 9th centuries AD, before being abandoned at the end of the 10th century.

Tikal remained a major political, economic, religious and military center for centuries. The city was at the time the capital of one of the most powerful kingdoms of the pre-Columbian Maya civilization, the Kingdom of Mutul. TIkal extended over approximately 16 km2 and comprised some 3,000 buildings. Archaeologists assume that 10,000 to 90,000 inhabitants lived in TIkal!

How could this civilization nestled in the heart of the jungle play such a significant role for so long? Tikal prospered thanks to trade with many other pre-Columbian cities – including Teotihuacan and Calakmul in Mexico, Copan in Honduras or Caracol in Belize -, but also thanks to intensive agriculture. This farming activity is all the more impressive considering that there was no water source nearby, no river, no lake, no cenote… only large reservoirs designed by the Mayas to collect rainwater. This lack of water is actually one of the reasons given by experts to explain the decline of Tikal.

A historic gem listed as a UNESCO World Heritage Site

In any case, the site fell into oblivion in the 10th century and remained forgotten until its rediscovery in 1848. The archeological complex was named “Tikal” at the time of the excavations. Theories vary as to the meaning of this Mayan word: some claim that it means “water hole”, while others argue that the translation would rather be “place of voices”. The mystery remains!

Tikal was listed as a UNESCO World Heritage Site in 1979.

Tikal: between culture and nature

No less than 7 sports fields (where the Mayans played ball games) were discovered onsite, as well as huge reservoirs where rainwater was collected, “aguadas”. Some specialists also believe that the city counted a prison!

Only about 20% of the Mayan ruins are now accessible to visitors, the remaining 80% are still buried under lush vegetation, and are currently beign excavated by archeologists!

Visitors are free to explore large buildings and complexes, among which the Great Plaza, the North Acropolis, the Central Acropolis, the Lost World Pyramid and the Seven Temples Plaza.

A natural park in the heart of the rainforest

The park is home to hundreds of exotic animal species, including the iconic howler monkeys, but also spider monkeys, coatis, toucans, aracaris, quetzals, bats, pumas, jaguars and reptiles of all kinds!

To explore the archeological site of Tikal, you can either:

Visiting Tikal on your own

The large majority of visitors visit Tikal from:

You can also take a collective taxi, but it’s not the most practical option!

If you’d rather not bother with logistics, you can book your day-tour to Tikal in advance.

You’ll find quite a few agencies in Flores offering day-tours to Tikal with a tour guide. Several options:

You can also book your day tours on GetYourGuide or Viator.

If you’d rather avoid planning your circuit in Guatemala yourself, Captain Ulysse recommends entrusting its organization to a travel agency.

The Captain recommends one agencies in particular: Evaneos

Each of these two agencies is reliable, respectful of local populations and do their utmost to listen to your needs!

Before heading for Tikal, remember to bring mosquito repellent, a raincoat and sunscreen.
If you opt for the sunrise tour, don’t forget to take a sweater: nights can be chilly in the forest!

The Captain recommends bringing plenty of water (the bottles sold on site are disgracefully expensive) and even lunch if you can. The restaurants are all concentrated at the entrance to the site and are quite expensive.

One last tip: stay on the marked trails so you don’t get lost in the jungle!

👉 Looking for tips and recommendations? Here are all the Captain’s suggestions!

🛏️ Accommodation: if you’re planning on staying near Tikal, three possibilities:
– Flores: this is the furthest option (65 km from the site) but the setting, on the shores of Lake Petén Itzá, is really quite charming
– El Remate: a small town on the road to Tikal, which is of little interest other than its location some fifteen kilometers from the site
– inside Tikal National Park: the setting is idyllic but the prices are very far from affordable

🎟️ Activities: you can book your excursion to Tikal with a local agency in Flores or El Remate, inquire at your hotel/guesthouse, or book a tour online on GetYourGuide or Viator.

📍 Organized trips: If you do not want to organize your trip around Guatemala yourself, Captain Ulysses warmly recommends Evaneos. This agency is reliable and respectful of local populations.

✈️ Flights: the Captain highly recommends Skyscanner to book your flights to Guatemala. You’ll be able to compare countless offers to find the best deal. If your dates are flexible, you can also compare prices over several months to find the cheapest flights possible. 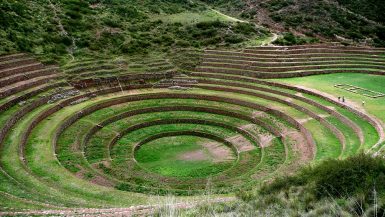 Moray In The Sacred Valley 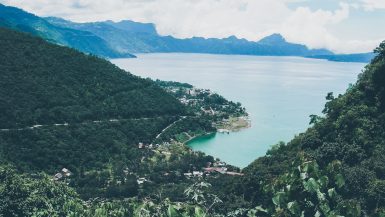