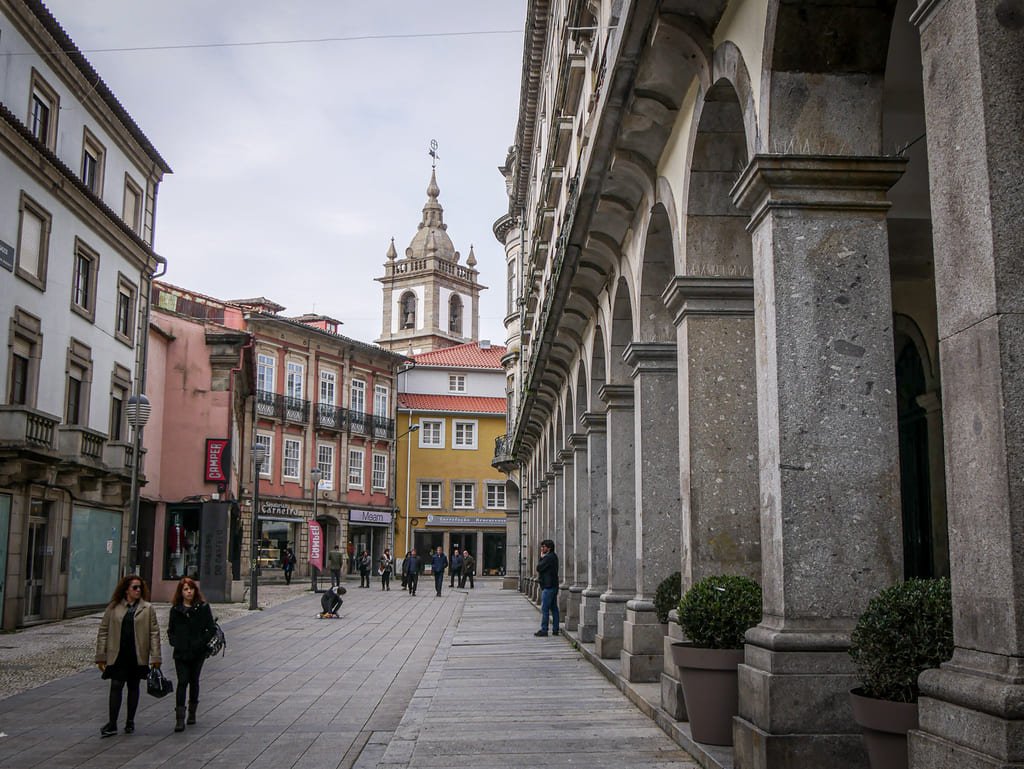 A Guide to Braga : the best things to do

Located some 50 kilometers / 30 miles north of Porto, Braga is a paradoxical city. The historic capital of Minho is both a religious center and a modern and trendy student city.

With its vestiges of the Roman era, its ancestral churches and its small cafés and charming restaurants, the Braga is well worth a visit.

Contents:
👉 Braga in a few words
👉 Getting to Braga
👉 Getting around Braga
👉 What to do in Braga? Top sights & monuments
👉 The Captain’s recommendations in Braga

Braga in a few words

Founded by the Romans over 2,000 years ago under the name Bracara Augusta, Braga boasts a long and rich history. When it comes to churches, sanctuaries and religious buildings of all kinds, Braga is undeniably well-stocked!

The 3rd largest city in the country after Lisbon and Porto, Braga is also a modern and attractive student center, as evidenced by the trendy stores, bars and restaurants to be found all over the city.

While a day-trip from Porto or Guimarães is enough to see the highlights of the city, the Captain still recommends spending a night in Braga so you can take the time to properly explore the city’s many historical sites and monuments.

🚘 The car: if you’re asking Captain Ulysses, it is the best way to explore Northern Portugal as you’ll be able to get around freely and stop whenever you want to admire the landscape! If you’re not planning on coming to Portugal with your own car, the Captain recommends renting a car on Rentalcars.

🚅 Train: both convenient and cheap, the train is another great way of getting around Northern Portugal. You can easily reach Braga from Porto or Guimaraes. The only drawback is that the tourist sites in the region are not always located in the city centers (for example the Citânia de Briteiros in Guimarães or the Sanctuary of Bom Jesus in Braga) and you’ll lose quite a lot of time and energy in buses to reach your destination.

🚐 Day tours: GetYourGuide and Civitatis offer many day tours to Guimaraes from Porto and Braga. This is an interesting option if you’d rather travel around the region while staying in Porto and/or Braga. Among the many activities to be found on these websites, Captain Ulysses recommends this excursion to Braga and Guimarães from Porto.

Braga is a small city that is very easy to explore on foot. That said, if you have trouble getting around or if you are not a big fan of walking, you can also opt for the Braga tourist bus which tours the most iconic sights and monuments in the city.

What to do in Braga? The top sights & monuments

In the center of Braga

The Cathedral of Braga

Located in the heart of the historic center, Braga Cathedral is the oldest cathedral in the country: built in the 11th century, it was restored and enlarged many times over the following centuries. Its opulent and heterogeneous architecture, blending Romanesque, Gothic, Moorish, Manueline and Baroque influences, is a testimony to its long history.

With its richly decorated chapels, its talhas douradas (gildings) and its absolutely splendid baroque organ, it is one of Captain Ulysses’ favourites in Portugal.

But the Cathedral of Braga is not the only religious building in the city, far from it! Other churches worth seeing include the Igreja de Santa Cruz, the Igreja da Misericordia, the Igreja de Sao Marcos, the Basilica dos Congregados and the Igreja e Convento do Populo.

👉 To find out more, check out the Captain’s article on Braga Cathedral.

In the center of Braga, the Praça da Republica is a large square where you can stop to enjoy a drink at the terrace of one of the two emblematic centennial cafés of the city: Café Vianna and Astória.

The Largo do Paço and the old Episcopal Palace

Located along Rua do Souto, the Largo do Paço is bordered by the former episcopal palace, which is now home to the University of Minho. Don’t miss the beautiful fountain in the center of the square. It was built in 1723 and topped by a female figure symbolizing the city.

Located at the end of Praça da Republica, Rua do Souto, which turns into the Rua Dom Diogo de Sousa after the Largo do Paço, is a pleasant pedestrian shopping street lined with colorful stores and cafes as well as historical buildings including the Episcopal Palace and Braga Cathedral.

At the end of Rua Dom Diogo de Sousa, the Arco da Porta Nova, designed by André Soares in 1772 (a first version was built in 1512), is an arch-shaped gateway marking the boundary between the medieval and the modern city of Braga. The eastern facade of the gate is neoclassical in style, while the western facade is distinctly Baroque.

Lined with flowers, Avenida da Liberdade – where you’ll ind Theatro Circo – is one of the main avenues of Braga.

Nestled in a sumptuous 17th century palace, – which was owned by the Counts of Bertiandos until the 1960s – the Museu-casa dos Biscaínhos is a beautiful museum of decorative art.

Wonderfully well preserved, the museum gives a beautiful overview of the life of the Portuguese nobility in the 17th, 18th and 19th centuries. The museum displays collections of furniture, musical instruments and decorative objects of all kinds.

It is also worth a visit for its beautiful gardens, which rank high among the most beautiful Baroque gardens in Portugal.

The Museum of Archaeology

Located in a contemporary building a few steps from the historic center, the Archaeology Museum D. Diogo de Sousa invites exhibits a vast collection of remains dating from prehistoric times to the Middle Ages.

Other sites and monuments not to be missed

The Garden of Santa Barbara

Located behind the old Episcopal Palace, the Garden of Santa Barbara (Jardim Santa Barbara in Portuguese) is perfect to take a refreshing break amidst the colorful flowerbeds. It is named after the beautiful 17th century fountain that stands in the middle of the park.

The Palácio do Raio

Built in the 18th century and completely renovated in 2014-2015, the Palácio do Raio is without a doubt one of the most beautiful monuments in Braga. Covered with azulejos, the stunning baroque facade of the building is pierced with 11 large windows. It is now home to a small museum.

Located on the Avenida da Liberdade, Theatro Circo is unanimously considered one of the most beautiful theaters in Portugal. Built between 1911 and 1914, it was completely renovated between 1999 and 2006 and has lost none of its former splendor.

Opened in 1907, azulejos-covered Café A Brasileira is one of the most emblematic addresses of the city.

Located in the heart of the historic center, the 30-meter / 100-ft high Torre de Menagem is the only vestige of the 14th-century fortifications of the Castle of Braga. The rest of the castle was destroyed in 1906.

What do do in the Braga region?

The Sanctuary Bom Jesus do Monte

A Unesco World Heritage Site, the Sanctuary of Bom Jesus do Monte is one of the most iconic monuments in the country.

Founded in the 14th century, the sanctuary as we know it today was built a few centuries later, in the 18th century.

With its majestic flights of stairs, neo-classical church and hydraulic funicular, the Sanctuary of Bom Jesus do Monte is a must-see for any visitor exploring Braga.

👉 Want to know more? Check out the Captain’s detailed article on Bom Jesus.

Nestled 556 meters / 1825 ft above sea level, a stone’s throw from Braga, the Sanctuary of Sameiro is Portugal’s 2nd largest sanctuary dedicated to the Virgin Mary after that of Fátima.

Founded in the middle of the 18th century, the Sanctuary was later enlarged with the construction of a chapel and the basilica.

It continues to attract crowds of pilgrims who come to pay homage to the Virgin Mary every year on the 1st Sunday of June. Pope John Paul II himself visited the sanctuary in 1982.

👉 Find out more in Captain Ulysses’ article dedicated to the Sanctuary of Sameiro.

Located between Guimarães and Braga, the Citânia de Briteiros is undoubtedly one of the most beautiful archaeological sites of the Iberian Peninsula.

Perched on Mount São Romão in an exceptional natural setting, it is home to remains of Iron Age dwellings.

Captain Ulysses loved it, and can only recommend that you take some time to explore this beautiful site!

👉 To learn more, check out the Captain’s article dedicated to the Citânia de Briteiros.

Founded in the 11th century, the Mosteiro de Tibães is located 6 kilometers / 3.5 miles west of Braga. Most of the buildings of this former Benedictine monastery, however, date from the 17th and 18th centuries.

In its heyday, the Mosteiro de Tibães was one of the richest and most emblematic monasteries in the north of the country. It has belonged to the Portuguese state since the 1980s, although Carmelite sisters still reside in one wing of the complex. 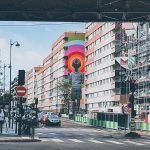 Street Art In The 13th Arrondissement Of Paris
4 min read 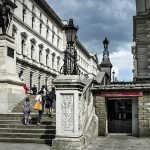 Pelion, on the east coast of Greece
4 min read 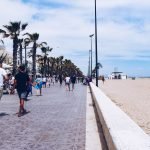