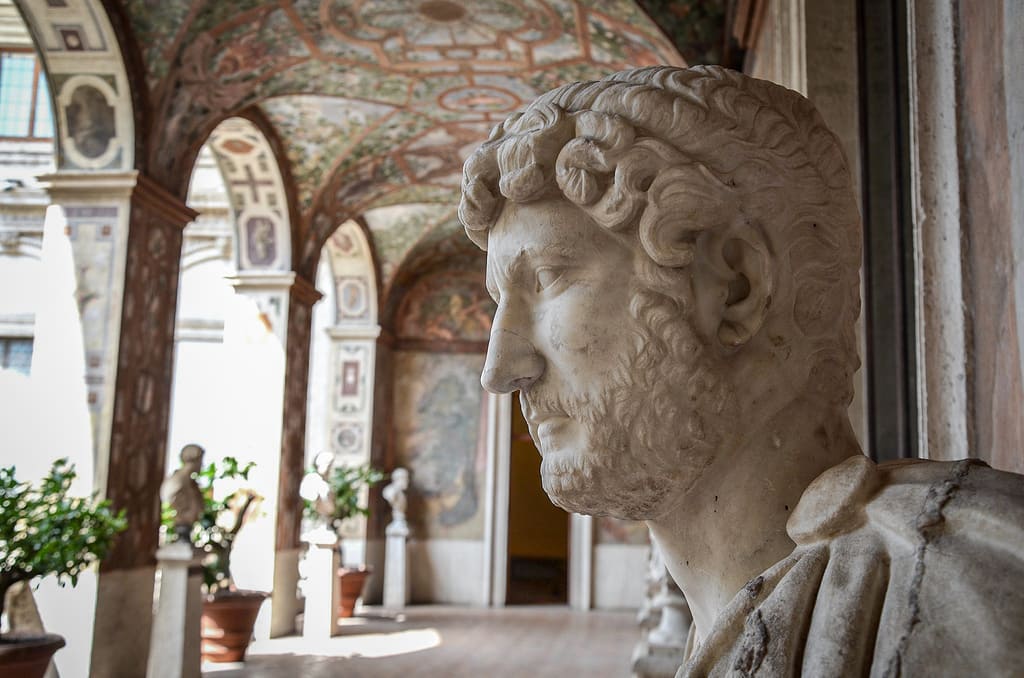 The Palazzo Altemps in Rome

Built in the 15th century by a wealthy Italian family, the Palazzo Altemps has been home since 1997 to very fine collections of ancient sculptures belonging to the National Roman Museum.

Brief history of the Palazzo Altemps

The origins of the Palazzo Altemps

Girolamo Riario, nephew of Pope Sixtus IV, undertook the construction of the palace at the end of the 15th century (probably around 1480). When the pope died, the palace was abandoned. A few decades later, Cardinal Francesco Soderini acquired the building and had it renovated.

But it is after its following owner that the palace is named. In the 2nd half of the 16th century, Cardinal Mark Sittich von Hohenems, known as Marco Sittico Altemps in Italian, acquired the palace and had it enlarged. The Palazzo Altemps was then considered as one of the most beautiful Roman residences.

In the 17th century, Giovanni Angelo Altemps built the library, the theater and the chapel. The palace’s chapel is the only private chapel retaining the remains of a pope (Pope Anicet, who ruled in the 2nd century).

In the 19th century, the Palazzo Altemps became the seat of the Academy of the Lynceans, the oldest scientific academy in Europe (today located in the Villa Farnesina), before becoming home to the Spanish seminary.

In the 20th century, the Palazzo Altemps gradually fell into ruin. In 1982, the Italian Ministry of Culture acquired the palace and undertook major renovations.

The architecture of the Palazzo Altemps

Like many museums and galleries in the Italian capital ( the Borghese Gallery, the Palazzo Doria Pamphilj…), the Palazzo Altemps is worth a visit for its sumptuous architecture as much as for its collections.

Before entering the palace, take the time to admire the altana, the corner tower: it is one of the oldest – if not the oldest – in Rome.

Inside the building, the cortile the inner courtyard, is also beautiful. The loggia covered with frescoes is simply grandiose.

The walls and ceilings of the palace are covered with somptuous Renaissance and Baroque frescoes!

The collections of the Palazzo Altemps

Many of the statues in the museum were restored in the 16th and 17th centuries as was customary at the time.

Among the emblematic statues and historical remains on display at the Palzzo Altemps, be sure to have a look at:

The Palazzo Altemps, one of Rome’s top tourist attractions?

If you’re not fond of museums or are only staying in for a few days Rome, the Palazzo Altemps might not be high on the list of priorities.

Otherwise, Captain Ulysses can only recommend visiting this beautiful museum, which is unanimously considered one of the finest in the Italian capital.

The Palazzo Altemps is located in Piazza di Sant’Apollinare, north of Piazza Navona. Many buses stop near the museum.

👉 The entrance to the Palazzo Altemps is included in the Roma Pass. More info here.