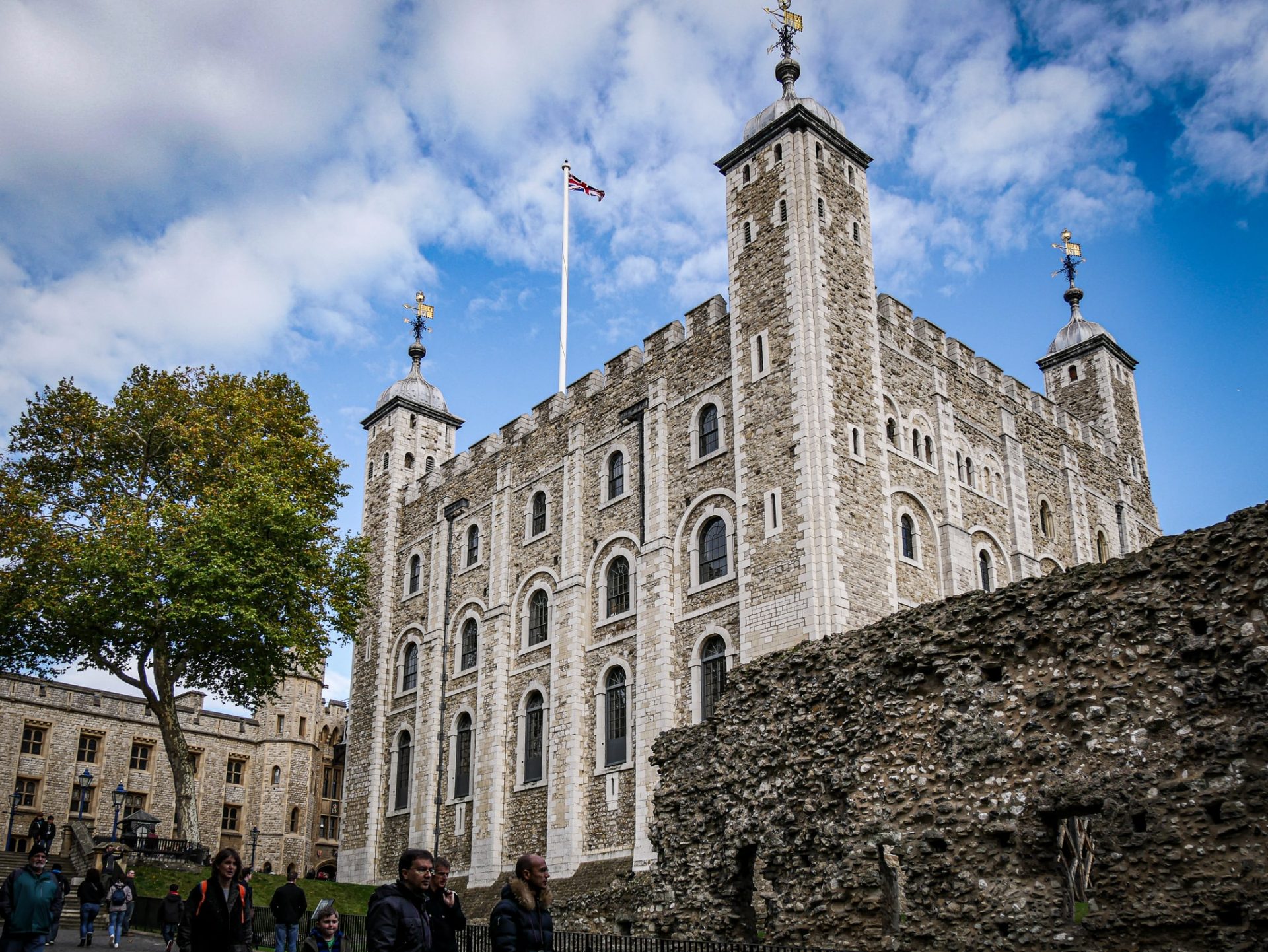 The Tower of London

Listed as a UNESCO World Heritage Site since 1988, theTower of London is a must-see for anyone exploring the English capital. With close to 3 million visitors a year, it is one of the most popular tourist attractions in London!

A short history of the Tower of London

The origins of the Tower of London

While fortifications have been erected on the site of the Tower of London since Roman times, the present fortress dates from the time of of William the Conqueror (11th century). The newly-appointed English monarch ordered the construction of the Tower of London at the end of 1066, the very year of the Norman conquest.

The White Tower was completed in 1078: it is the oldest building in the fortress. In the following centuries, the kings Richard I, Henry III and Edward I also added their contribution to the Tower of London with the constructions of walls, moats and defensive towers.

The layout of the Tower of London changed very little since the end of the 13th century, although many renovation works were subsequently carried out inside the enclosure to modernize and enlarge the buildings built in the previous centuries.

While the Tower of London was home to the residence of British monarchs, it also played a considerably less glamourous role… that of a prison (from the year 1100)! A prison indeed, but only for distinguished prisoners: Queens in disgrace, dissident nobles and intellectuals in protest were in turn imprisoned in the Tower of London. Among them Anne Boleyn, Sir Walter Raleigh or Thomas Moore. Centuries later, during the Second World War, the fortress briefly resumed its role as a prison.

But the impressive London fortress has welcomed much more surprising guests… in the 1330’s, the Tower of London was home to the royal menagerie !

Over the centuries, the Tower of London took on a number of other surprising functions: armory, treasury (with the Royal Mint), public archives…

🤔 Fun fact 🤔
The English expression ‘to be sent to the tower’, which means going to prison , is a reference to the Tower of London.

The Tower of London, a Unesco World Heritage Site

In 1988, the Tower of London was listed as a Unesco World Heritage Site to recognize its historical significance and to ensure its preservation.

Each year, millions of visitors flock to the famous English fortress, making the Tower of London one of the top tourist attractions in England!

Visiting the Tower of London

Spread over a surface area of 12 acres, the Tower of London is actually a large complex consisting of a a host of historic buildings, each more impressive than the last. While all of them are worth a look, some of them are particularly impressive!

You’ll find a map of the site here.

The Tower of London gets its name from this tower – which has all the appearance of a dungeon. Located in the heart of the ortress, the White Tower is the oldest building.

Built by William the Conqueror to assert his power over Londoners and to discourage invaders, the White Tower has become over the centuries a symbol of the power of the capital and the country as a whole. Inside, be sure to have a look at the Chapel of St. John and the Royal Armory.

The Crown Jewels are still in use in official ceremonies and totalize a dizzying total of 23,578 gems!

Among In this sumptuous collection, the most famous pieces are without question :

Be warned, the Crown Jewels are victims of their success and you may have to queue in order to admire them… But be patient, the visit is really worth it!

FYI, guides are not allowed to enter Crown Jewels exhibition and photos are prohibited.

Built in the 13th century, the broad ramparts are surmounted by several watchtowers, includingSt. Thomas’s Tower) and the Salt Tower.

They offer a breathtaking view of the Thames, Tower Bridge and the City. You’ll also access the Medieval Palace by taking the Wall Walk .

The Medieval Palace invites you to a fabulous journey through time to discover the life of English monarchs in the Middle Ages. The palace houses the reconstruction of of the personal apartments of kings Henry III and Edward I, who reigned on England in the 13th century.

Built in the 13th century by King Edward I to provide a water gate entrance to the Tower of London, the Traitors’ Gate soon took on a much less sympathetic role… and became the gate through which prisoners entered the Tower of London.

From 1279 to 1812, the Tower of London also housed the Royal Mint . This institution was tasked with minting the country’s currency and producing the coins in circulation.

While the headquarters of the Royal Mint has long since left the Tower of London, an exhibition invites visitors to discover the essential role of this little-known institution.

The Ceremony of the Keys

Every day, from 9:30 to 10:05 p.m., a curious ritual takes place at the Tower of London… It known as the Ceremony of the Keys, during which the tower is locked and the keys escorted by guards in a safe place, until the next day.

A handful of visitors can attend the ceremony each day, provided they have booked their ticket in advance on the Tower of London website. Attending the ceremony is free of charge!

During your visit, be sure to have a look at:

💡 Guided tour of the Tower of London 💡
While the Yeoman Warders (also known as Beefeaters), the ancestral guardians of the Tower of London, still roam the fortress, their missions have changed somewhat since the 15th century. They now offer fascinating (free!) guided tours of the tower! The tour starts every 30 minutes next to the main entrance and lasts about an hour.
If you prefer, you can also take a more complete guided tour, either in groups or privately. But Captain Ulysses recommends that you take the Yeoman Warders tour and complete it with an audio guide that allows you to explore the site at your own pace.

Getting to the Tower of London

The The Tower of London is perched on the banks of the Thames, east of the City. The nearest means of transportation are:

You’ll find a map explaining how to get to the Tower of London from the nearby subway stations here.

The hop-on hop-off sighseeing bus tours also stop at the Tower of London.

Opening hours of the Tower of London

The Tower of London is open every day of the year except on December 24th, 25th and 26th, and January 1st.

The opening hours vary according to the season:

Visiting the Tower of London takes at least half a day.

Admission to the Tower of London

Admission rates for the Tower of London are:

💵🤩👍 London Pass 👍🤩💵
The entrance to the Tower of London is also included in the London Pass. It also gives access to some 80 London attractions, including many of the capital’s most iconic landmarks and activities: The Shard, Westminster Abbey, London Bridge Experience, Windsor Castle, a Thames Cruise, Kensington Palace, the Churchill War Rooms, a day’s hop-on hop-of bus tour…
Captain Ulysses therefore highly recommends opting for the London Pass if you’re planning on visiting a few attractions: you’ll quickly make a return on your investment!