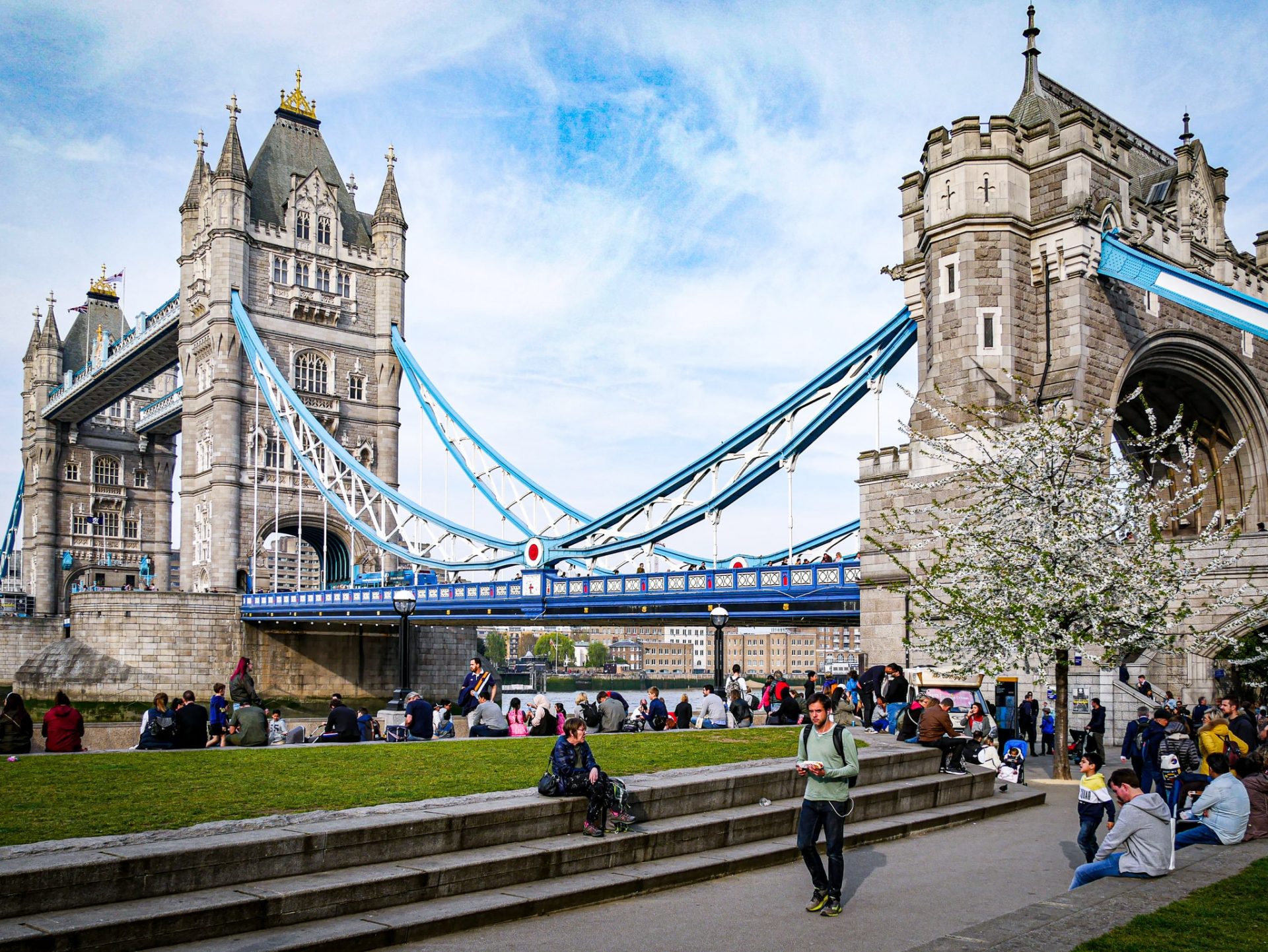 Spanning the Thames just a stone’s throw from the Tower of London (after which it is named), Tower Bridge has become an emblem of the English capital! Follow the guide!

The origins of the Tower Bridge

In the 2nd half of the 19th century, the need to build a bridge to connect the two banks of the Thames downstream from London Bridge was becoming increasingly pressing.

To oversee the project, a special committee was created in 1877: The Special Bridge or Subway Committee. A total of over 50 architectural projects were submitted to the committee.

The construction of the Tower Bridge

The construction of the Tower Bridge began 2 years later, in 1886. 1886. A total of 432 workers were mobilized; construction works lasted 8 years

or an overall budget of £1.6 million (equalling to some 200 million pounds today).

Tower Bridge was inaugurated on June 30, 1894 by the Prince of Wales, who was later to become Edward VII. While its neo-gothic architectural style was really far rom unanimous at the beginning, the bridge quickly became a symbol of the British capital!

In 1974, the hydraulic lifting mechanism was replaced by a much more modern electrohydraulic system.

In 2008, the bridge was completely renovated for 4 million pounds!

Tower Bridge in a few words

The Tower Bridge is undoubtedly one of a kind: at the time of its construction, the bridge was at the forefront of innovation. Its complex structure featured the characteristics of 3 different types of bridges: bascule bridges, suspension bridges and girder bridges. A formidable technical feat!

Its deck – the lower central part on which the cars are circulating – can open to let the boats through. The opening mechanism is concealed in the neo-gothic towers which are covered with Cornish granite. Pedestrians can cross the bridge on two walkways even when the deck is raised to let boats through.

If don’t want to visit the exhibition, you can simply walk across Tower Bridge to admire the bridge’s stunning architecture from up close.

From the bridge, you’ll have a beautiful view on the Thames, the Tower of London and the City.

During the summer months, food trucks and other street food stalls often take up residence on the banks of the Thames just a stone’s throw from the bridge. Why not have lunch by the water, while admiring the view on Tower Bridge?

Opened in 1982, the Tower Bridge Exhibition invites visitors to discover the history and the mechanism of the bridge through interactive exhibits. Visitors can also venture out on Tower Bridge’s pedestrian walkways to admire the view over London from the top!

Perched 42 meters above the Thames, the glass floor offers a spectacular view of the lower level of the bridge, down below!

Made of a set of tempered glass panels, the glass walkways are 11 meters long and 1.80 meters wide. Don’t panic, there’s no risk of falling!

That said, if you are afraid of heights, you may want to abstain: the view is really quite vertiginous! (some parts of the walkways are not made of glass if you’d rather enjoy the views while staying good old-fashioned solid floor)

At the time of construction, the opening mechanism of the bridge was at the cutting edge of technology. Tower Bridge was the the largest and most sophisticated weighbridge in the world.

Today, the old engine rooms – the Victorian engine rooms – are no longer in operation and have opened their doors to visitors so they can discover the incredible machinery that used to operate the bridge.

More than 125 years after its inauguration, Tower Bridge continues to lift to allow the passage of large ships sailing on the Thames. The bridge lifts approximately 850 times per year, or one to four times per day on average.

If you have the opportunity, don’t hesitate to plan your visit of Tower Bridge around the lifting of the bridge: it’s a sight worth seeing! The bridge lift times vary: find out more here.

Admiring Tower Bridge from the Thames

Captain Ulysses highly recommends embarking on a Thames river cruise. From the river, the view of Tower Bridge is particularly magical.

You can chose between a number of different cruises according to your budget and your preferences. Captain Ulysses recommends in particular (in order of ascending price):

💵 🤩 👍 London Pass & London Explorer Pass 👍 🤩 💵
Access to the Tower Bridge Exhibition is also included in the London Pass and London Explorer Pass. Captain Ulysses has a soft spot for the former, which gives access to 80 attractions, including many of London’s most iconic museums and monuments (the Tower of London, the Shard, Westminster Abbey, Kensington PalaceWindsor Castle, St. Paul’s Cathedrals, the Churchill War Roomsa cruise on the Thames, a hop-on hop-off bus tour…): an investment that will quickly pay off if you spend a few days in the English capital!

Getting to Tower Bridge

he Tower Bridge is easily accessible by public transport:

You can walk across the bridge 24/7. The Tower Bridge Exhibition is open:

In 2018, Tower Bridge welcomed a total of 900,000 visitors… the queues to the entrance of the monument can be desperately long, especially during school holidays!

That’s why Captain Ulysses strongly encourages you to opt for a skip-the-line ticket.

book your admission ticket to the Tower Bridge Exhibition