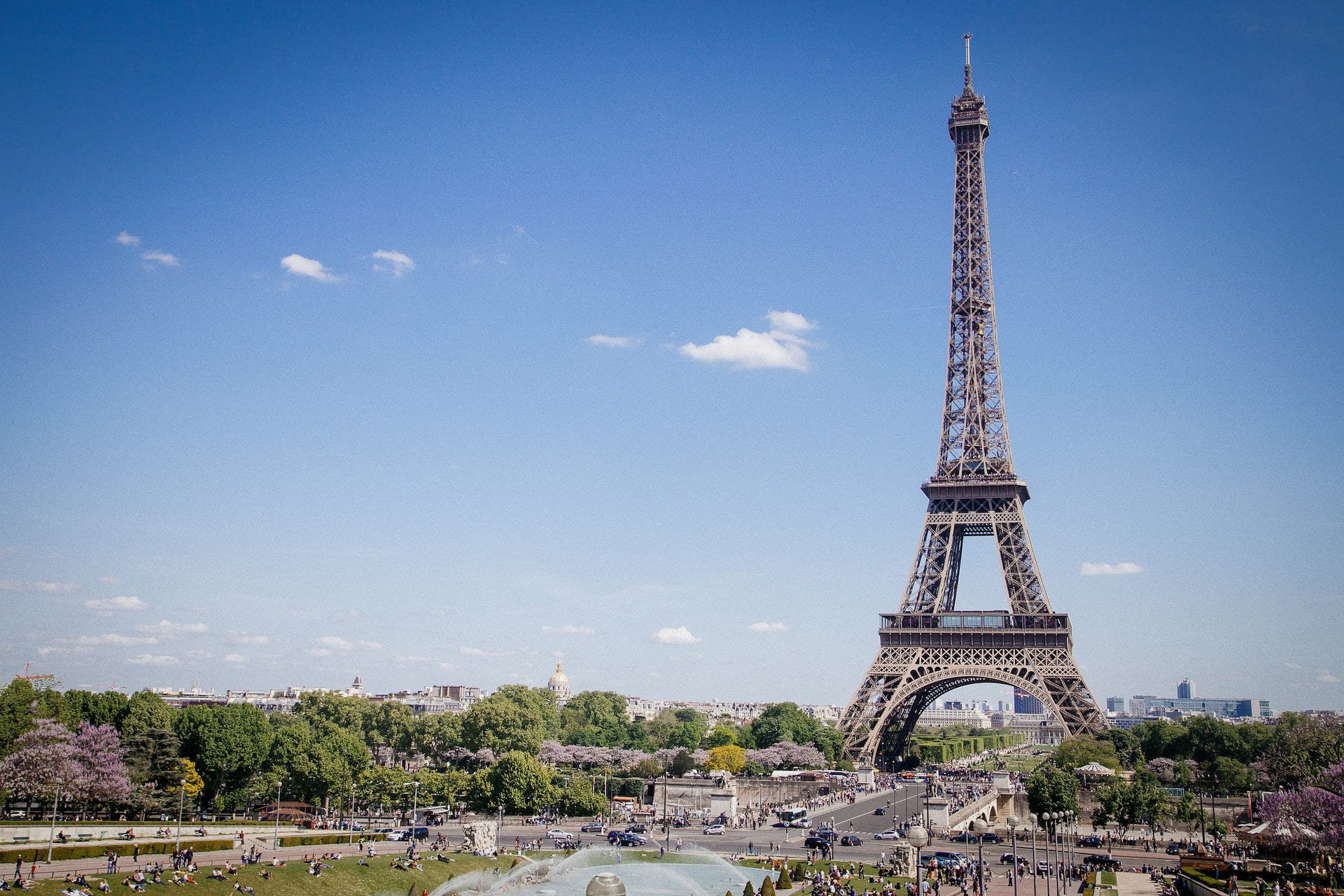 The Eiffel Tower in Paris

More than a mere tourist attraction, the Eiffel Tower is an emblem of the city of Paris, a symbol of architectural boldness and ingenuity. Built in 1889 to celebrate the centenary of the French Revolution, the “Iron Lady” has established itself as one of the most visited sites in the world.

Are you looking for a hotel in Paris? Feel free to have a look at the Captain’s article: Where to stay in Paris? Tips & recommendations

Short history of the Eiffel Tower

The Exposition Universelle of 1889

Organized to celebrate the centenary of the French Revolution and showcase the technological and scientific progress of the time, the Exposition Universelle of 1889 was an international exhibition/world’s fair held in Paris from May 6 to October 31, 1889.

The Exposition Universelle of 1889 was one of the world’s fairs ever organized. The event was a resounding success. Millions of visitors from all over the world flocked to Paris to discover the latest inventions of the time, such as the telephone, photography, cinema and electricity. The Exposition Universelle also offered visitors an opportunity to discover the cultures and traditions of different countries around the world. Part of the world’s fair was indeed dedicated to the French colonies. A pagoda from the Cambodian temple of Angkor was even recreated.

The Eiffel Tower was built especially or the Exposition and quickly became one of the symbols of the event.

The origins of the Eiffel Tower

The idea of building a 300-meter high tower on the Champs de Mars came about during the preparation o the Exposition Universelle. A competition was announced and 107 projects designed by the greatest engineers of the time were submitted to the Ministry of Industry and Commerce.

The construction of the Eiffel Tower

The construction of the Eiffel Tower began in late January 1887 and was completed by late March 1889: constuction works only lasted 2 years and 2 months, an undeniable tour de force, especially for the time!

The metal parts were machined at Eiffel’s factory in Levallois-Perret before being assembled on site by a team of 150 to 300 workers.

The Eiffel Tower was built with using wooden scaffoldings and steam cranes. As a specialist in bridge construction, Eiffel deployed on a monumental scale the know-how it already mastered to perfection.

Gustave Eiffel was awarded the Légion d’Honneur – the highest French distinction – at the end of the construction.

It’s hard to believe, but the Eiffel Tower wasn’t always met with admiration…

During construction, a group of artists and literary men – including Guy de Maupassant, Alexandre Dumas Fils, Émile Zola, Leconte de Lisle and Charles Garnier – expressed in an article published in the newspaper Le Temps their dissatisfaction with the unique design of what would become the Iron Lady. Paul Verlaine described the Eiffel Tower as a “skeleton of a belfry” while Léon Bloy wrote it was but a “truly tragic lamp post”.

Despite its detractors, the Iron Lady was a met with a phenomenal popular success. The public was seduced by both the technical tour de force and the emblematic silhouette of the monument.

The Eiffel Tower was originally designed to be a temporary structure, destined to be dismantled 20 years after its inauguration. But her popularity saved her and the Iron Lady became a permanent monument of the City of Paris.

The Architecture of the Eiffel Tower

The Eiffel companies were – among other things – specialists in the construction of bridges and viaducts: an expertise that undoubtedly influenced the architecture of the Eiffel Tower, whose silhouette is inspired by bridge piers (= an intermediate pillar supporting the deck).

The tower was thus conceived as a large pylon formed of 4 beams separated at the base and joining at the top… Admittedly not very glamorous. This is where the architect Stephen Sauvestre comes in: he worked on giving the silhouette of the monument a more harmonious shape, adding the monumental arches linking the four beams.

The tower is made of puddled steel (a material freed of excess carbon). Over 124 meters wide at its base, it rises 330 meters above the ground, with a total of three floors.

The three floors of the Eiffel Tower

The first floor of the Eiffel Tower – you’ll find here a dizzying glass floor, a brasserie run by the iconic chef Thierry Marx, a bar, a boutique and an interactive discovery trail with touch screens, digital albums…

The third floor of the Eiffel Tower – welcome to the top of the Eiffel Tower! The highlight of the visit? A spectacular view of the French capital. There are two levels: one sheltered and the other open air. You’ll also find here a reconstruction of Gustave Eiffel’s office, panoramic panels, a model… and a champagne bar!

How many steps to the top of the Eiffel Tower?

You’ll have to climb 674 steps to reach the 2nd floor of the Eiffel Tower (30 to 45 minutes of ascent). But don’t panic: if you’re not in the mood for this much activity, you can always take the elevator!

There are 1665 steps to the Eiffel Tower, but the staircase between the2nd and3rd floors is not open to the public.

The elevators reach the observation platform in under 2 minutes.

Getting to the Eiffel Tower

The Eiffel Tower is located on the banks of the Seine, in the 7th arrondissement of Paris, a few steps from the Musée du Quai Branly.

There are plenty of options to get to the Eiffel Tower:

The Eiffel Tower is open every day of the week:

Ticket prices for the Eiffel Tower vary depending on the package you choose:

⚠️ Be warned: the Eiffel Tower is a victim of its own success and the lines at the entrance to the monument can be truly endless! To avoid having to wait at the cash desk, Captain Ulysses can only recommend that you opt for an online ticket: ticket for the Eiffel Tower, access to the summit as an option.