The Meteora Monastries in Greece

In Thessaly, in Northern Greece, the Meteora Monastries are monasteries perched atop cliffs and spectacular rock formations. In a word: memorable!

⚓
How to get to Meteora? Where to stay in the surroundings? …
Find all the practical information as well as tips from the Captain at the end of the article!

Brief history of the Meteora Monasteries

Historians discovered traces of occupation dating back to antiquity: the shepherds and local inhabitants took refuge in Meteora to escape the frequent Celtic, Gothic, Slavic, Bulgarian and Turkish invasions .

But the first to permanently settle on top of the rocky peaks of Meteora were Christian monks in the 11th century. In the beginnings, the monks lived as hermits and took shelter in caves. In the 14th century, the monks began to gather in communities and build monasteries perched on top of Meteora’s dramatic rock formations.

For centuries, the monks went up and down the cliffs thanks to an ingenious system of baskets suspended by ropes and pulleys. The stairs weren’t dug in the rock until the beginning of the 20th century!

In the 15th century, 24 Orthodox Christian monastic communities lived in Meteora. The vast majority of the monasteries have been deserted and only six remain in activity.

☄️ What’s the meaning behind the name “Meteora”? ☄️
Etymologically, “Meteora” (Μετέωρα in Greek) means “suspended in the air.” According to legend, Providence sent rocks to earth so that ascetics (hermit monks) could take refuge atop these rock formations and meditate removed from the world.

Located in Thessaly, 360 kilometers/225 miles from Athens, the Meteora are immense rocky peaks rocky which can culminate as high as 600 meters/650 yards from the ground. According to geologists, these “sugar loaves” result from the accumulation of pebbles and sediments deposited by a tributary of the Thessaly Sea during the Tertiary era.

Visiting the Meteora in Greece

🎩 Proper attire required 🎩
Be warned! While temperatures can get painfully high in Greece, especially in summer, you’ll still need to cover your legs and shoulders if you want to visit the Meteora monasteries. Women must wear a skirt and men must wear pants.
If the weather’s really hot and you’re dying to put on shorts, remember to take a sarong or a change of clothes to cover up during the visit!

• The Great Meteoron (The Holy Monastery of the Transfiguration)

Founded in 1382 by Saint Athanasios, the Monastry of Great Meteoron (Μεγάλο Μετέωρο / Megalo Meteoro in Greek, also called “the Holy Monastery of the Transfiguration”) is the largest, the the oldest and most touristic of the Meteora monasteries.

Perched 534 meters/584 yards above sea level, it invites visitors to discover the daily life of the Meteora Orthodox monks. Tourists are invited to discover kitchens, a dining room and the former workshop of a carpenter. A small museum is also dedicated to the role played by the monks during the Greek War of Independence, in the first half of the 19th century.

Overlooking a ravine, the monastery of Varlaam is named after the first monk who settled on this rocky peak in the mid-14th century. The monastery however was not founded by Varlaam himself but by two monks who settled here a century and a half later.

The monastery is famous both for its spectacular geographical location and for its post-Byzantine frescoes designed by Frango Catellano in the 16th century.

Smaller than the monasteries of Varlaam and Great Meteoron, the monastery of Agios Nikolaos is dedicated to Saint Nicholas.

It was founded in the 13th or 14th century and is best known for its beautiful frescoes, attributed to to the Cretan painter Theophanes (16th century).

Dedicated to St. Stephen, the Monastery of Agios Stefanos is one of the two monasteries which are still home to a community of nuns.

While this monastery is mentioned in a scene of the movie Tintin and the Golden Fleece, the scene in question was actually shot in the monastery Aghia Triada.

Founded in 1476, the monastery Aghia Triada is the darling of Hollywood. In addition to Tintin and the Golden Fleece, this monastery is an iconic 1981 movie: For Your Eyes Only from the James Bond saga.

Inhabited by a community of nuns, the monastery of Roussanou is the perfect place to to fill up on souvenirs: the sisters sell honey that they produce in their small English garden.

👉 If you don’t have the time (or inclination) to visit each of the 6 monasteries, Captain Ulysses recommends focusing on the Monasteries of Grand Meteoron, Varlaam and Agios Nikolaos.

In order to admire the view of the monasteries, the Captain recommends heading for one of the two viewpoints of Meteora:

Captain Ulysses recommends heading for the viewpoints at sunset: the panorama is even more spectacular!

👉 If you haven’t rented a car, you can opt for a sunset tour from Kalampaka or Kastraki.

With its fairy tale landscape, Meteora is undoubtedly heaven on earth for hiking aficionados! A 17 kilometer/10 mile hiking trail runs around the 6 monasteries which are still in activity.

You you can of course hike on your own, or opt for a tour with a professional guide:

Attention, all thrill-seekers! The spectacular cliffs of Meteora are a wonderful playground for climbing enthusiasts!

Beginners will particularly appreciate this activity supervised by a professional instructor: climbing in Meteora.

Getting to to the Meteora monasteries

Captain Ulysses warmy recommends renting a car to get to the Meteora monasteries: you’ll be able to get around freely and stop whenever you want to afmire the view.

If you have time enough, you continue to Delphi and Ossios Loukas, and even go as far as the Peloponnese, to discover the emblematic ancient sites of the country (Mycenae, Epidaurus, Olympia).

🚘 Visiting Greece by car 🚘
If you’re planning on exploring the Peloponnese on your own, Captain Ulysses strongly recommends renting a car: it is by far the most practical way to get around the peninsula. Not to mention that car rental in Greece is on the whole very cheap!
To find THE best deal, the Captain recommends Rentalcars, which compares offers from a host of rental services.
One last piece of advice: the Peloponnese is crisscrossed with small mountainous roads, so you should definitely opt for a fuel-efficient car, even if it is a little more expensive to rent!

– Getting to the bus or the train to Meteora

If you’re on a tight budget, you can get a bus or a train to Meteora from Athens. If you’re asking the Captain, choose the train over the bus, as it is in his opinion noticeably more comfortable.

For more information on schedules and rates, click here.

If you’re not convinced by either of the previous options, you can opt for a day trip or a multi day trip to . the Meteora monasteries.

If you’re able to, the Captain highly recommends staying at least one night in the region.

🚐 Multi-day trips in mainland Greece 🚐
To explore the iconic monuments of the Peloponnese and mainland Greece without having to worry about organizing your trip, why not opt for a multi-day trip around the country? Transportation, hotel stays, the services of a guide and entrance fees to tourist sites are all included. Find out more here.

How long to stay in Meteora?

The Captain recommends spendunf at least one full day on site – 2 days if you can. If you decide to stay in the region for a night, you’ll be able to enjoy the view of the monasteries at sunset. Magical !

Planning on spending the night in Meteora? Captain Ulysses recommends staying in the small town of Kalampaka or the village of Kastraki.

The entrance tickets for each monastery are available at the price of 3 euros per person. Most of the monasteries are open from 9am to 3pm in winter and from 9am to 5pm in summer.

king for tips and recommendations? Here are all of Captain Ulysses’ suggestions in the Peloponnese!

🛏️ Accommodation: to book your accommodations in the Peloponnese, Captain Ulysses highly recommends Booking.com. From youth hostel to luxury boutique hotel: there’s plenty to choose from!

🚌 Local transportation: to get around the Peloponnese, Captain Ulysses can only recommend renting a car. He suggests renting your car on Rentalcars, which compares offers from a host of brands, including Hertz, Avis, Europcar and trusted local agencies.
If you prefer to avoid driving, GetYourGuide and Civitatis offer a selection of day-trips in the Peloponnese.

✈️ Flights: to book your flights to Greece, Captain Ulysses warmly recommends the Skyscanner comparator. You’ll be able to compare countless offers to find the best deal. If your dates are flexible, you can also compare prices over several months to find the cheapest flights possible. 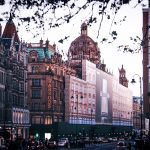 The Villa d’Este in Tivoli near Rome
4 min read