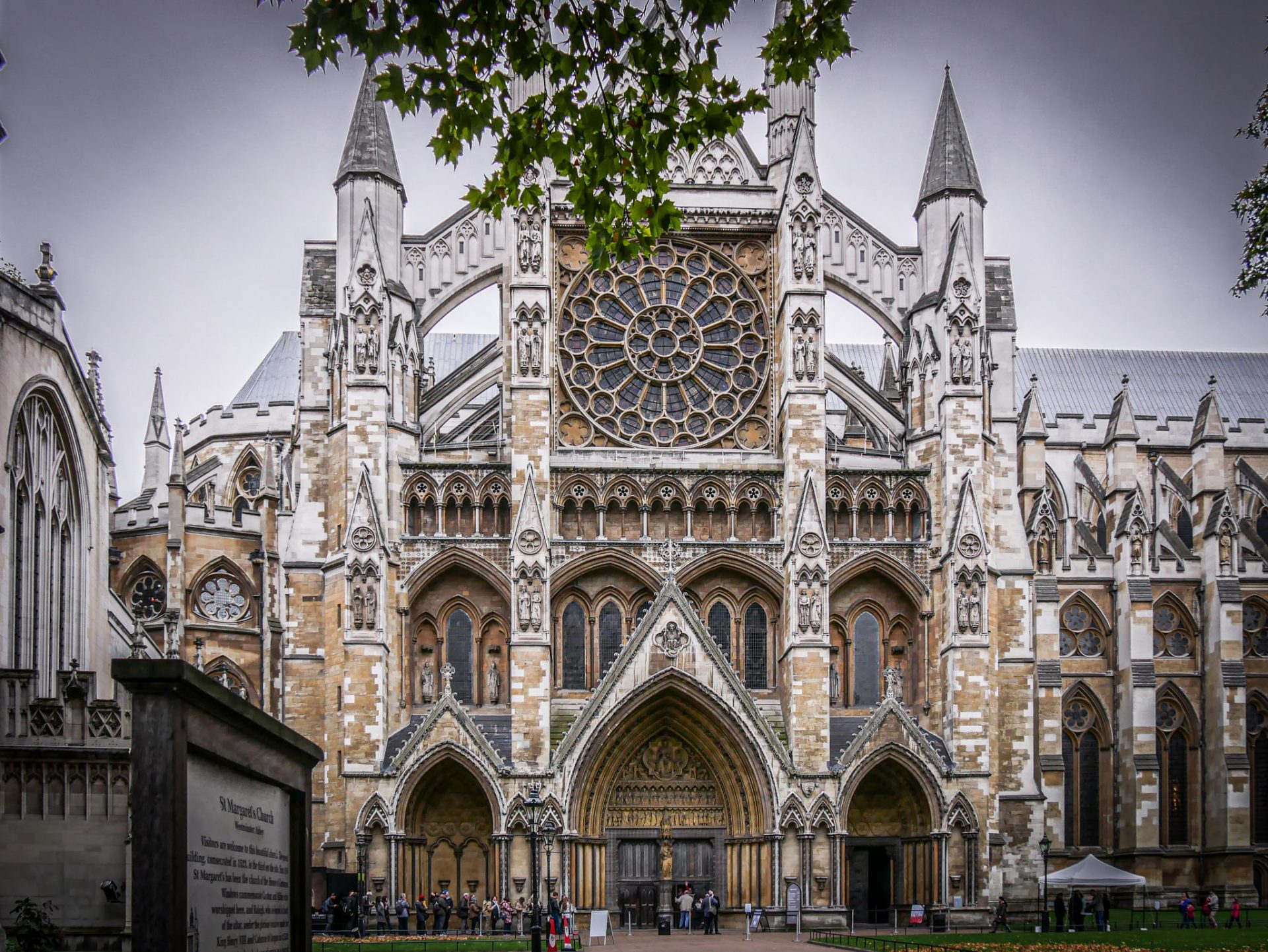 Just a stone’s throw from Big Ben and the Parliament, Westminster Abbey is one of Captain Ulysses’ favorites in London. A must-see for any visitor exploring the English capital!

The origins of Westminster Abbey

Let’s go back in time to the 7th century, shall we? According to legend, Westminster Abbey (also known as St. Peter’s Collegiate Church) was founded in the year 616 on the very spot where a fisherman was said to have had visions of St. Peter.

In the following century, King Edward the Confessor had a larger abbey dedicated it to St. Peter built on this very site.

Upon his death, William the Conqueror, Duke of Normandy, invaded England and seized the crown. In 1066, he was the first English king to be crowned in Westminster Abbey.

The construction of Westminster Abbey

In the 13th century, King Henry III decided to give Westminster Abbey a facelift and had it rebuilt in the Gothic style.

During the following centuries, the abbey underwent several renovations and modifications, notably during the Renaissance. The façade, flanked by two Gothic towers, was completed in the 18th century under the direction of architect Nicholas Hawksmoor, a student of Christopher Wren, best known for designing Saint Paul’s Cathedral and Kensington Palace.

Since William the Conqueror, all British monarchs have been crowned at Westminster Abbey, with the exception of Kings Edward V and Edward VIII. The abbey therefore witnessed 38 coronations over the centuries!

Nearly 3,300 renowned personnalities are buried in Westminster Abbey, including many kings and queens, as well as members of the English royal family.

In 1985, the Abbey was listed as a UNESCO World Heritage Site (along with the Palace of Westminster and St. Margaret’s Church).

The architecture of Westminster Abbey in a few words

Built in the 13th century in the flamboyant gothic style, Westminster Abbey is a wonderful example of medieval architecture. Although the abbey has been renovated and transformed over the centuries, it has retained an incredible architectural harmony.

The building follows more or less the layout of a cathedral (a central nave and a choir flanked by transepts), to which is added an ambulatory (= a circular corridor) and cloisters.

Westminster Abbey is one of London’s most iconic landmarks: a must-see in the English capital!

Admission tickets include an audio guide. Captain Ulysses found it quite fascinating (which isn’t always the case with audioguides!)

During your visit, be sure to take some time to admire:

👉 The nave: 10 meters wide and more than 30 meters high, the nave is where the faithful gather during religious ceremonies. It’s also where you’ll find the Tomb of the Unknown Soldier, where was buried an unidentified soldier who died in combat during the First World War.

👉 Henry VII’s Chapel / The Lady Chapel: with its spectacular fan-shaped vault and lace-like ornaments carved in the rock, the Lady Chapel is a 16th century masterpiece. Queen Elizabeth I, as well as her sister, Mary I, are buried in this chapel.

👉 Edward the Confessor’s Chapel: the remains of King Edward the Confessor, as well as 5 other kings and queens who reigned in the Middle Ages, are buried in this chapel. Be sure to have a look at King Edward’s Chair (also called Coronation Chair), a legendary historical artifact on which (almost) all the English sovereigns have sat at their coronation since 1308.

👉 The cloisters and gardens of Westminster Abbey: you will find 4 gardens around the church:
– Garth: a garden where monks used to rest
– Little Cloister: a cloister with a fountain reserved for people in convalescence
– College Garden: the oldest garden in England, where the monks grew vegetables as well as medicinal plants
– St Catherine’s Garden: a garden adjacent to the infirmary

📸 No photos inside the Abbey 📸
For information, taking photos is forbidden inside Westminster Abbey.

Getting to Westminster Abbey

Westminster Abbey is located just a stone’s throw from the Thames, next to Big Ben and the Palace of Westminster.

The nearest subway station is Westminster, served by the Circle, District and Jubilee lines.

Hop-on hop-off tourist buses also stop nearby and are handy to get around the city.

Westminster Abbey is open Monday through Friday from 9:30 a.m. to 3:30 p.m. between September and April and from 9 a.m. to 3 p.m. between May and August. It is also open on Saturdays from 9am to 1pm.

On Sundays, the abbey is reserved for religious services and therefore closed to tourists.

Be prepared: visiting Westminster Abbey isn’t exactly cheap, but it is worth every penny!

FYI #1: as you can see in the table above, tickets booked online are less expensive than those purchased on site. You should therefore definitely consider buing your tickets online.

FYI #2: Westminster Abbey receives more than one million visitors per year. The queue at the entrance of the monument can be endless! All the more reason to book your tickets in advance!

💵 🤩 👍 London Pass & London Explorer Pass 👍 🤩 💵
Access to Westminster Abbey is also included in the London Pass and London Explorer Pass. Captain Ulysses has a soft spot for the former. It gives access to 80 attractions, including many of London’s most iconic museums and monuments (the Tower of Londonthe Shard, St. Paul’s Cathedral, Kensington Palace, Tower Bridge,the Churchill War RoomsThames river cruise, access to hop-on hop-off sightseeing buses…). It’s an investment that will definitely pay off quickly if you spend a few days in the English capital!